A very significant part of our computing and national heritage – Bletchley Park – is in dire need of the industry’s help. 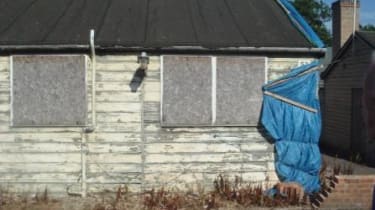 Is the hospital/house you were born in still standing? How would you feel if it was there but not there - a decrepit shadow of its former self? Not good, one would imagine. Yet that's exactly what is happening to the birthplace of computing and the place that played home to the code breakers during World War II.

Bletchley Park is an absolute goldmine of historical significance. It is incredibly exciting even nail biting to think of what went on within its walls during the war, and it is attracting visitors from around the world. The gems on offer to those visiting are akin to those found in many of Britain's great museums. Indeed, the site now serves as home to the National Museum of Computing.

But, unlike the majority of museums, Bletchley Park receives no government funding. As a result, there is a real danger that this piece of history could be consigned to just that: history.

When is a shed not a shed?

So why should we care about Bletchley Park? It's just bricks and mortar, after all? While the huts based at Bletchley look little more than sheds, they housed intelligent equipment and the even brighter brains who worked tirelessly to crack the Enigma codes during the Second World War. Alan Turing, often dubbed the father of computing, came up with the design for the first Bombe machine for de-coding.

What's more, Colossus the first programmable computer and what shaped the future of computing was also given birth to (operationally at least) at Bletchley with the help of a group of brains working closely with designer Tommy Flowers under the direction of mathematician Max Newman.

Although this first generation computer filled most of a room, it was ahead of its time. The mighty Colossus was a power to be reckoned with and was capable of reading paper tape at the rate of 5,000 characters per second, with said tape travelling at 30 miles per hour through its wheels.

The working conditions at Bletchley during the war were far from luxurious, with long hours and a heavy veil of silence workers signed the Official Secrets Act and had to keep stchum about what went on there until quite recently.

The odds were also stacked against the inhabitants of Bletchley with the chances of them cracking the Enigma code being 150 million million million to one. Yet they did it, thanks to a combination of brain, brawn and brilliant computing power.

Conserved but not preserved

Bletchley Park was given conservation area status by Milton Keynes Borough Council back in 1992 and a trust was formed to look after the estate around the same time. However, some 16 years on, help is desperately needed. Help of the cold, hard cash variety.

Huts 3, 6, 4 and 8 at Bletchley housed Enigma decryption teams during the war. It is staggering to think that such critical work was carried out in such unimportant-looking buildings.

Hut 8 used to crack German Naval Enigma messages during the war - was refurbished and re-opened to visitors earlier this year.

"Between them they possessed contrasting but extraordinary human qualities which were vital to winning the war - sheer guts and brains the size of planets," said Phil Shanahan, author of the book The Real Enigma Heroes, who officially opened Hut 8.