Following its decision to wind down its TomorrowNow third-party support business, SAP remains tight-lipped for now over further allegations and the ongoing lawsuit with Oracle. 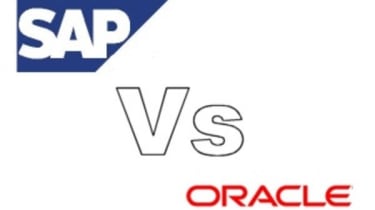 SAP has said it will respond to revised allegations that it bought TomorrowNow knowing it had an "illegal" business model in its ongoing Oracle lawsuit later this year.

Oracle has filed an amended complaint in the Northern District of California lawsuit it brought against SAP last year, charging top executives with knowing its February 2005 acquisition could lead it into legal grey areas.

The extended complaint from Oracle states that SAP executive board members, including chief executive Henning Kagermann, received a confidential document containing the business case for SAP's acquisition of TomorrowNow in January 2005.

"The presentation made clear that TomorrowNow did not operate legally. It detailed how TomorrowNow relied on 'non-production' copies of PeopleSoft software for its 'access to PeopleSoft' system," read the complaint.

SAP has admitted discovering some "inappropriate downloads" in the course of investigating the Oracle allegations, but has maintained the information remained in TomorrowNow's systems, where SAP did not gain access to Oracle's intellectual property.

Only a week ago, SAP also announced it was winding down TomorrowNow by the end of October, after failing to find a willing buyer.

But Oracle's filing also describes SAP's purchase of TomorrowNow as "one element of a larger scheme by SAP to steal and misuse Oracle's intellectual property" and pours scorn on SAP's contention that its employees did not access confidential Oracle data.

Some reports have put the damages Oracle is seeking at as much as $1 billion (500 million).