Mozilla hasn't just improved Firefox, but pushed the 'other' browsers to up their game, according to Tristan Nitot. 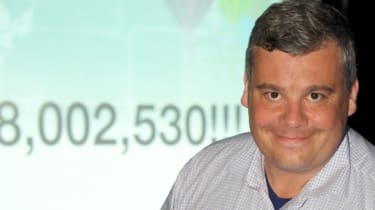 It's a good time to be Mozilla, and much of that is to do with the recently released Firefox 3. It set a Guinness record for downloads and has started to eat into Internet Explorer's market share. IT PRO caught up with Tristan Nitot, president of Mozilla in Europe, to discuss the latest browser and talk about the company's strategy for the rest of its product family.

You've been with Mozilla for quite a while now. How has the company changed since the early days?

Having a pay cheque definitely is a change! In 2003 there were eight to 10 employees. Now we have 160. We now have market share, [meaning] the ability to influence the market and force Redmond to wake up and improve the product...while the product is interesting, what's really important is the health of the web.

Internet Explorer (IE) getting better is what we call the second Firefox effect, so that even if you don't use Firefox you get a better browser and a better web.

What made you want to be involved with Mozilla in the first place?

In 2003, Netscape decided to get rid of the Mozilla project so I became unemployed. We went to an employment programme to try and find a new job and write a resume, etcetera.

Everybody was around the table describing what they wanted to see happening next in their professional life and we said: "We're going to create a browser which is the piece of software that enables people to go on the web and we'll give it away for free and we'll beat Microsoft!" They asked how we were going to make money and we said: "We don't know. We'll figure it out!" Everybody was cheering but nobody thought it was possible.

These were really gloomy days. There was no business plan. It was just important to have a browser as a browser is the gateway to the internet. And if the browser is bad, your web experience is bad. Considering how central the web is in our lives, we don't want our lives to be crumby, right? We want to experience the best of the web and in a secure way.

There's a tonne of innovation waiting to be unleashed, but if the browser the black box is in bad shape, how is that innovation going to happen? And it was not happening. For six years in a row, no improvements to the browser were made, because Microsoft had the monopoly and had no reason to invest money. There was no more IE development team, it was just a maintenance team who every now and then would fix a couple of security issues. People had more and more security problems, viruses and pop-ups and the web experience was getting worse, instead of improving.

If you don't make progress, you're actually going backwards, especially in terms of security.

We found it unbearable for this wonderful invention not to be making progress. That's why we gathered together and created the Mozilla project and created Firefox. It's because we care. And we've created that non-profit organisation to get rid of greed.

As a former Netscape employee, how did you feel about AOL's fairly recent announcement to kill it? Did it make you a bit sad?

No, not at all! In my opinion Netscape died when we were laid off in 2003 and it was just the name that remained. When it died, it was already in pretty bad shape. Some people in the community were saying: "Please stop playing with the corpse." It was already dead for a long time.

You're rapidly gaining popularity. What's the secret of that success?

Our products are free and open source, which is significant. The Mozilla Foundation is a non-profit organisation which in some interesting ways makes us very different from competitors and in other ways very similar. We have a product and we compete but in the end our goal is different.

Who are your users? Is it mainly home enthusiasts or professionals?

It used to be power users because they are on the bleeding edge and they try stuff and download software and see how it works. But it's spreading [out] a little bit. In Europe, we're on almost 20 per cent market share on Firefox in the UK and in Poland and Germany we're past 30 per cent.