Despite poor sales of some high-end handsets, mobile manufacturers are jostling to capitalise on market growth that is bucking global economic trends. 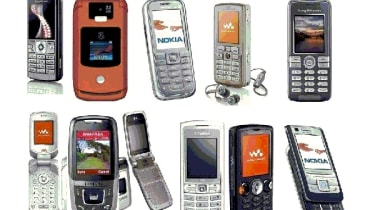 Economic concerns are failing to hit sales of mobile phones as figures released today reveal that the global mobile device market is still on course to ship 1.3 billion units this year.

ABI Research said the biggest handset manufacturers enjoyed year-on-year unit shipment growth of between 15 and 22 per cent during the second quarter (Q2) of 2008.

This Q2 growth accounted for an estimated 301 million unit sales, confirming the analyst's previous forecast that the mobile device market will deliver 13 per cent growth this year, to take 2008 annual shipments to 1.3 billion units.

"If there is an economic slowdown, no one bothered to tell the mobile device buying public," said ABI Research vice president Jake Saunders.

"In developed markets handset purchases tended to be flat, but those consumers who did purchase dug deeper and paid out more for coveted higher-end handsets and smartphones," he added.

Although the researcher observed that "Apple's iPhone has rewritten the rulebook," the PC maker's handset sales could not dent those of the dominant Tier One handset vendors.

In Q2 2008, Nokia passed the 40 per cent market share threshold for the first time (40.3 per cent). Samsung came in a poor second with 15.2 per cent and Motorola barely edged LG out of third place with 9.3 per cent, versus LG's 9.2 per cent. Sony Ericsson rounded out the top five manufacturers with an 8.3 per cent share.

But ABI said there was a distinct possibility that LG might overtake Motorola by the end of the third quarter of 2008, pushing Motorola into fourth place, despite it recently announcing a management shake-up to try and steady its troubled mobility business.

The researcher also predicted that Nokia's overall market share was likely to hold, as it refreshes its portfolio in the mid-tier and high-end device categories and corners the ultra-low cost handset market.