IT requests cause Monday morning blues

A survey of IT managers finds they are deluged by a troubleshooting ‘rush hour’ at the beginning of every working week. 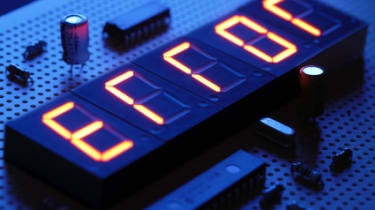 The latest research into the work patterns of IT managers has revealed they have more to dread than the usual Monday blues.

The hours between 8 to 10am on a Monday were found to be their busiest time of the week for dealing with end user IT issues.

The research, based on the responses of 130 IT managers questioned by UK IT service management firm Sunrise Software, found most enquiries from employees are received early in the morning and in the beginning of the week, with demand for help slowing as the day and week go on.

Mondays were the most manic, receiving 84.5 per cent of IT enquiries, while Thursday and Friday were the quietest days of the week. Additionally, 62.1 per cent of enquiries were received between 8 and 10 in the morning, with the volume decreasing as the working day continued.

Tom Weston, Sunrise Software chairman commented that employees don't really care about IT issues on a Friday, which is why problems occurring at the end of the previous week end up on IT's doorstep Monday morning, first thing.

Weston added: "Employees also tend to use their computers during the weekend, for professional or personal reasons, returning to the office on Monday with more IT issues."

The survey also discovered the post-weekend rush of IT user requests often also involved personal' issues from employees that also come to light during employees' free time spent in front of their home PCs.

"IT managers are already busy enough and the last thing they want is enquiries irrelevant to work IT," added Weston.

He also said the survey showed "IT managers need to have the right systems in place in order to deal effectively with the high volume of requests, prioritise effectively and avoid experiencing manic Mondays".