EMC takes an innovative approach to storage architecture with its new CLARiiON CX4 series, enabling customers to mix and match their storage options. 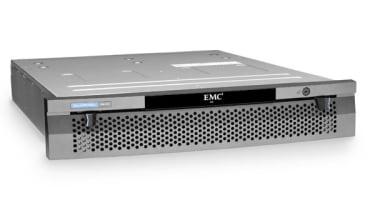 EMC has announced a new storage device for mid-sized businesses that represents an aggressive change to the company's product architecture, according to industry analysts.

The new system's Ultra-Flex technology' enables it to support both iSCSI and Fibre Channel hard disks and solid state flash disks. The company also says that the CX4 has been designed to take advantage of any future connectivity formats.

The Xeon-powered CLARiiON CX4 Series will be available in four versions and the suffix of each model's product name indicates the maximum number of hard disks that it can support. The largest, the CX4-960 able to support up to 960 hard disks, while the other models are the CX-4120, the CX4-240 and CX4-480.

Ruya Atac-Barrett, director of CLARiiON product marketing, told IT PRO that the CLARiiON CX4 offered a number of business benefits that would enable companies to both save money and make money.

Firstly, the embedded OS of the storage array, FLARE, is now 64-bit, which says Atac-Barrett is, "a major innovation in storage processor architecture, delivering up to double the performance and scale".

Other features highlighted are the Ultra flex technology', which enables it to support both iSCSI and Fibre Channel at once. "Companies with production environments and test environments can be consolidated and captured into one system. It's once less thing to think about," said Atac-Barrett.

Flash drives are available as an option, which Atac-Barrett said offer a number of benefits over conventional drivers. "They offer 30 times the performance, use 98 per cent less energy per IOP (Input/Output Process), and have much higher utilisation as there's no short stroking- you get the same performance across the whole drive."

EMC is also highlighting the CX4's energy saving capabilities with support for 5,400 rpm SATA drives that use 32 per cent less energy than faster spinning drives.

Atac-Barrett also highlighted the systems' intelligence, referencing its Policy Based Spin Down, which detects when drives are not being used and spins then down to save power.

Another key feature is Virtual Provisioning, which lets applications believe that there is more storage available than there actually is. The advantage of this is that it enables capacity to be bought on demand in a just-in-time' fashion, enabling IT managers to take advantage of falling disk prices and the latest technology.

Analysts have viewed the release favourably. "EMC has done its homework and decided on a big incremental leap forward rather then just a small step," said Mark Peters, analyst for Enterprise Strategy Group.

"Most of the functions are already available elsewhere but to have so many genuine new capabilities rolled into the CLARiiON is impressive."

Meanwhile Benjamin Woo, an analyst at IDC, praised the Clarion CX4 series for its "forward-looking, investment-protecting, and scalability features" and said that "overall, the CX4 represents a very innovative approach to storage system design."