UK is a spam and phishing hotspot

Anti-spam firm calls for collaborative action to stem a fast-growing tide of spam and phishing attacks it has found originated and aimed at UK users. 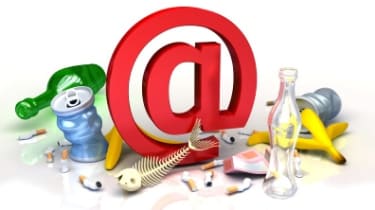 The most recent results from a quarterly UK spamming index have revealed worrying increases in spam and phishing attacks.

The average amount of spam blocked for each customer of UK anti-spam software company ClearMyMail between April 2008 and June 2008 had almost quadrupled to 30,846. This was in comparison to just 8,156 emails blocked per customer in the first quarter of this year.

The increase of approximately 22,690 spam emails blocked in just three months prompted Dan Field, ClearMyMail managing director, to call for urgent industry action to combat what appeared to be a rise in more targeted and localised attacks.

"These statistics are becoming increasingly worrying and for the average amount of spam blocked per person to have nearly quadrupled in the last three months suggests that action desperately needs to be taken," he said.

Most UK spam originated in either the UK and US. The UK is now the biggest culprit, up 3.97 per cent on last quarter to 19.7 per cent of all spam emails, which was 0.02 per cent more than the US.

This rise in UK spam is all the more stark, given the fact that the index also found the number of US emails blocked dropped by 7.26 per cent, the most significant decline recorded between the first two quarters of 2008.

A breakdown of the blocked emails revealed the UK to be the main source of phishing attacks and Royal Bank of Scotland (RBS) was the most targeted company, with 42.8 per cent of all phishing emails aimed at it. Abbey, Halifax, Natwest and PayPal rounded out the top five.

And Orange ISP customers were most likely to receive the highest percentage of spam for the second consecutive quarter.

This comes after ClearMyMail named Colin Wells, an Orange ISP user as the "most spammed man in Britain," after blocking an average of 44,000 spam emails from entering his email account every day.