Wee PCs like the Asus Eee PC are continuing to storm ahead, but are still mostly a consumer device, a report from Gartner has shown. 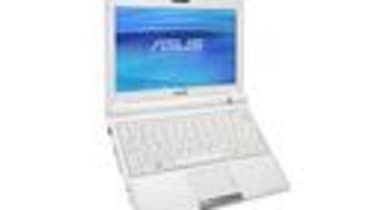 Mini-laptops, netbooks, sub-laptops, Eee PC clones whatever you want to call them, they're storming ahead in sales, according to a report from Gartner.

The small and (usually) cheap laptops will see sales of about 5.2 million globally this year, up to eight million in 2009. The research firm said as many as 50 million of the smaller form devices could be shipped in 2012.

"The demand for mini-notebooks will be driven by several factors: by their small form factor and small screen, their light weight, their price, their ease of use and their basic, but sufficient, PC functionality," said Annette Jump, research director at Gartner.

The most recent entrant to the market is laptop maker Lenovo, while Asus has again updated its popular Eee PC.

The success of the devices will not immediately hurt overall shipments of mobile PCs because of the gap between full-sized laptops and their smaller versions, Gartner said. But Jump warned that the mini-notebooks could start to cannibalise shipments of cheaper full-form laptops as early as 2010.

"PC vendors will have to convince retailers to take on those products, as they are still emerging products and potentially present some risk from an inventory point of view," she added.

Despite being designed for use in education, about 70 per cent of the market for the cheap laptops was expected to be consumers. "Potential users are likely to include both first-time buyers seeking a low-cost introductory PC as well as experienced users seeking a low-cost second or third PC for themselves or a relative," Jump said.