The entire Latitude line is upgraded to the ‘E Series’ aimed at the business market, but there is still no sign of the fabled ‘netbook’. 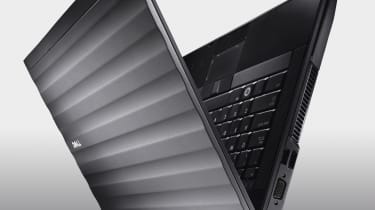 Dell has announced a new line of Latitude and Precision laptops aimed at the business market ranging from ultra-portables to mobile workstations, but failed to reveal the much rumoured netbook.

The worldwide announcement revealed the ultra-portable 12.1 inch Latitude E4200 which Dell said at 1kg was its lightest commercial notebook in its history. It also announced the bigger and more powerful Latitude E4300 with a 13.3 inch screen but a weight of 1.54kg.

The E4200 and E4300 were expected to have the new technology Dell Latitude ON in the coming months which Dell claimed would offer access to e-mail, calendar, attachments, contacts and the web without having to boot up the main operating system.

It's mid-ranged Mainstream' models were the 14.1 inch Latitude E6400 and 15.4 inch E6500, designed to be desktop replacements for customers wanting high performance. Prices started at 709 and 729 respectively. One of the main points Dell highlighted was the fact that the E6400 would have 19 hours battery life, based on lab testing.

Dell also revealed that end user demand meant that Latitude notebooks were to be available in different colours, including regatta red, regal blue and quartz pink.

The new Precision laptops - which are more powerful and with stronger performance aimed at engineering, media, entertainment and the bioscience industries - were the 15.4 inch M4400 at 939 and the 14.1 inch M2400 at 889.

Dell chief marketing officer Mark Jarvis said that the new line of laptops focused on design and durability, as well as all day computing'.

One announcement conspicuous by it absence was news of the new 'netbook', the tiny laptop which Michael Dell showed off last year.