Plusnet reveals how it overcame a 'horrific year' to grow an even larger customer base. 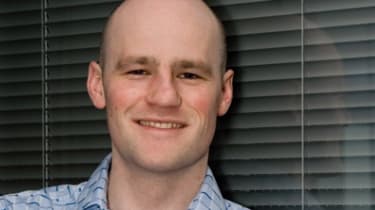 Like a phoenix from the ashes, Plusnet is determined to rise up and above the issues that plagued it a year or two ago. It has unveiled a new corporate identity and is out to win as many awards as possible. IT PRO caught up with Neil Armstrong, the company's products and marketing director, to talk about how the ISP has turned things around.

You recently conducted some research into consumers' love of broadband and found that, despite the economic uncertainty, 92 per cent wouldn't tighten their belts in this area as it's vital to their lives. If you conducted this research among businesses, do you think it would reveal the same stiff upper lip?

I think it would be even more pronounced. There are still a surprising number of small businesses who don't have their own website but I think you'd be hard pressed now to find a plumber or a plasterer who hasn't got an email address. For many people they just don't pick up the Yellow Pages anymore, they go on Google. Likewise, it's inconceivable for your or I to imagine life without email.

So I'd imagine it would be something like 100 per cent of businesses who wouldn't give up broadband.

What are the main challenges that businesses face in the online world and what are they looking for - do they need in an ISP that's different to the consumer world?

I think the real key difference is how dependent you are on that broadband service. If you're a residential customer and your broadband goes off for four or five days at home, it's a bit annoying - you can't get your Facebook updates - but it's not the end of the world. If you're a business and you've got staff sitting in the office that literally cannot do their jobs suddenly that broadband line - when it goes - wrong is perhaps costing you thousands of pounds per day.

So, for business customers, reliability, technical competence and quality reputation are really important.

What's the split between business and consumers in your customer base?

Plusnet started as a business ISP back in 1997. People kept asking us which ISP we'd recommend when we sold them a modem so we decided to launch our own. We've got around 300,000 broadband customers and about 10 to 15 per cent of that is small and medium sized businesses. In the last few years, we've concentrated more on the consumer side we've got some interesting things coming up on the business side and we're aiming to be the best business ISP as well.

How has the company managed the transition from a small ISP into a much bigger fish?

We've always had quite a strong culture of transparency within the business. We have a principle of putting lots and lots of information on our website. We've even got web cams on our site so you can see what our staff are doing. We treat it very much like it's the shop window so people can have a look through and come on in as well.

That culture of transparency internally is really important as well so that everybody understands the decision making process and feels part of it It helps you to be a much better business if you're prepared to take criticism right on the chin.

The company had a bit of a bad run (email deletion, network outages, security issues) a while back. Without dwelling on the past, how do you think the company has come back from these issues?

The latter half of 2006 was a horrific year for us and our customers and that's well documented. We'd been a small, fast-moving company that had grown very rapidly. Perhaps what we hadn't had the time to do as we'd gone along was some of the housekeeping that needed doing. We also had some unbelievably bad luck.

So in the first few months of 2007, we spent a lot of time and a lot of money upgrading and investing in our systems and network and the number of people in our customer support centre as well as making sure that when things did go wrong you could get through to someone in a minute or two rather than 20 minutes. That's a position that we've maintained.