IT heads confident on hiring and pay

A survey of IT directors suggests the market is still strong, despite doom and gloom over the economy. 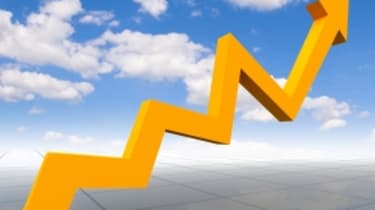 Economic downturn? What economic downturn? Despite the number of IT jobs being advertised reportedly dropping, half of surveyed IT directors have said they expect to hire more staff and even increase their pay.

Some 49 per cent of surveyed IT directors expected to increase their staffing levels in the next year, with just 13 per cent cutting full-time staff, the survey by ReThink Recruitment revealed.

And some 69 per cent will increase their use of contractors, although 31 per cent said they would use fewer freelance staff. "What you would normally expect to see in a downturn is IT departments shedding staff and utilising greater numbers of contractors. The focus on increasing permanent headcounts is a good barometer of robust demand over the longer term," said Michael Bennett, director of ReThink.

The jump in staff numbers is supported by the 58 per cent of IT directors that said they see their workloads increasing as the economy falters, as businesses turn to tech to boost productivity.

Indeed, 47 per cent said their budget would be increased, while just 19 per cent expected a cut. "Spending on IT during a slowdown can deliver significant efficiency gains and boost competitive advantage, which can lead to greater cost savings over the longer term. Organisations increasingly recognise this, so do not always shelve IT projects in order to make short-term cost savings when times get tough," explained Bennett.

A fifth of polled IT heads saw contractor rates rising, while 55 per cent saw permanent staff getting a raise. "Rates for contractors tend to be much more volatile than salaries for staff and are prone to falling during a slowdown," Bennett said. "During the last downturn we had reports of rates for contractors being slashed by major banks, but more than four times as many IT directors think rates will rise than fall, which shows that skills shortages are still very much an issue."

In fact, three quarters of polled IT leaders said they were concerned about getting the right calibre of employee, and eight out of ten said they were worried about keeping their best staff.

Still, there have been reports of financial IT workers being forced to take pay cuts, and news of slipping demand across the sector.