Details of Dell's entry into the low-cost laptop market are leaked online, with a claim that we could see the device sooner rather than later. 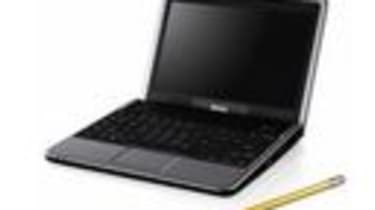 Details of Dell's long-awaited netbook have been leaked online, along with claims that a release can be expected before the end of the week.

The Inspiron 910 is the company's answer to the raft of netbooks that have emerged since the release of the Eee PC late last year, which have seen healthy sales.

Like the most recent Eee PC versions from Asus, the tiny Dell notebook will feature an Atom processor from Intel running at 1.6GHz, along with either 512MB or 1GB of RAM. The laptop will only be available with an SSD, rather than a traditional hard disk, in 4, 8 and 16GB capacities.

An 8.9in screen will ship with all configurations,

As with many netbooks already on the market, customers will be given the choice between two operating systems; Windows XP and Linux.

Interestingly, though, Dell has opted for Ubuntu. The company previously unveiled a distribution aimed directly at low-cost notebooks called Netbook Remix. Asus has been using a Xandros-based distribution until now, which does not have the same attractive interface that Ubuntu provides.

The details, leaked on Gizmodo, suggest that prices for the 910 will start at just $299 (150) in the US. However, no details of UK pricing are given.

Earlier this year rumours of the upcoming Dell netbooks started to circulate online. Computer manufacturer Compal has allegedly received a production order for 450,000 of a yet to be released 10in model, as well as 250,000 for the 910.