The computer giant has got on the bad side of the ASA with its claims of full internet access on the iPhone. 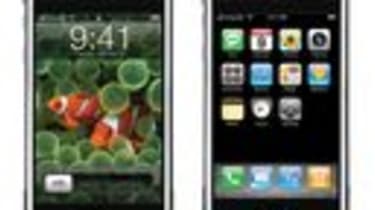 Apple has had its knuckles wrapped by the Advertising Standards Authority (ASA) who has ruled that one of the company's iPhone adverts potentially misled users into thinking that they could access the web in its entirety using the device.

In fact, many web pages are not fully accessible due to their Flash or Java content, which are not supported by the iPhone. As such, the ASA has deemed that the ad may no longer be aired in its current form.

The ISA ruling stated that two viewers deemed the ad misleading and it upheld the complaints, stating that CAP (Broadcast) TV Advertising Standards Code rules 5.1 (Misleading advertising), 5.2.1 (Evidence) and 5.2.2 (Implications) had been breached.

"We considered that, because the ad had not explained the limitations, viewers were likely to expect to be able to see all the content on a website normally accessible through a PC rather than just having the ability to reach the website," stated the ASA's ruling. "We concluded that the ad gave a misleading impression of the internet capabilities of the iPhone."

According to the ASA, Apple defended its ad by claiming that the aim was to highlight the benefits of the iPhone's ability to deliver access to sites compared to WAP or service provider-selected versions.

It said that Apple in its response to the complaints said that it believed it was quite clear when referencing the reach of the device that it meant site availability not all website functionality.

When IT PRO contacted Apple with regards to the ruling it said that no official statement had been issued on the subject.