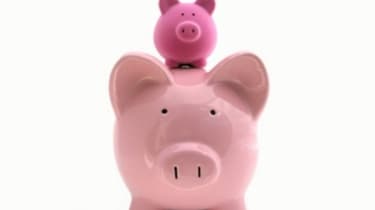 Web highwaymen are taking advantage of free and easy access to other people's wireless broadband due to the complacency of users, a study has found.

While wireless broadband has increased in popularity, due to the proliferation of bundled and free offer deals, some 16 per cent of users are leaving their routers unprotected and open to so-called piggybacking' by others.

Indeed, one in nine people (11 per cent) admitted that they have hi-jacked someone else's Wi-Fi by taking advantage of unlocked connections, according to the research conducted by Opinium Research on behalf of moneysupermarket.com.

"One in nine people using another person's Wi-Fi is a staggering amount, you wouldn't expect that many people to go into a neighbour's house and use their shower. This is a worrying trend and shows some people have no conscience when sitting in front of their monitor behind closed doors," said James Parker, commercial manager for broadband and mobiles at moneysupermarket.com.

Security isn't the only concern, according to Parker, with other people freeloading your connection putting you at risk of exceeding ISP-imposed caps and leaving you likely to face additional charges.

That's because the piggy backers don't just log on, surf quickly and then leave. Indeed, the study found that nearly half of confirmed piggy backers check emails, browse the web, with 12 per cent doing so every day as well as downloading films and music on someone else's turf.

"If people aren't careful, they could unwittingly find a huge bill landing on their doorstep for going over the download cap imposed by their provider. More and more providers offer routers with broadband packages and the range of the signal is increasing. People need to be aware just how important protection is and the best way to do it," Parker added.

"People are learning to be safe online but those using wireless can undo all that by leaving their network unprotected. An unsecured internet connection is just the same as leaving your front door open."