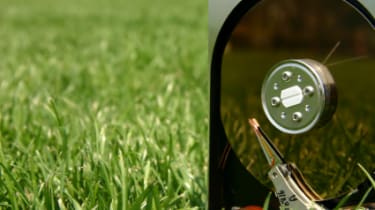 This is not to complain about the product itself. The product may be good, but the choice seems timid in a potentially breaking market where IBM already has advantage. The effort could have been devoted to developing and marketing the current version of OpenOffice, with better results. (IBM has, after all, joined OpenOffice.org, and has devoted 35 programmers to its development.) Even a complete port of Lotus SmartSuite, which is definitely not free or open source software, would appear to have made more sense from IBM's point of view. Either way a line seems to have been drawn beyond which IBM will not go.

The Linux kernel wouldn't have been possible, technically or philosophically, without the grounding of GNU and the GPL, and it's unlikely that Linux (and its many related projects) would have grown as they have under an alternative licensing model. We have an alternative model in BSD, which despite a ten year start, and initial technical superiority, has failed to capture the imagination of a larger developer community, and has fragmented into several versions.

One of the beauties of open source/free software is that it accommodates people of all religious, national, political and technical backgrounds, without prejudice. There is no assumption that fellow contributors share the same ideals beyond the common purpose of sharing the software. Of its nature free software development is both communitarian and collaborative, and this is its greatest asset. The GPL preserves both the continued integrity and growth of the project. Without the GPL, the corporate user can find advantage in hijacking and forking the kernel, thus discouraging wider contributions from other users. Under the current license large organisations have felt encouraged to share their code contributions, which in some cases have been massive. Linux has become a collaborative project across several industries, which would not be the case without the protection of the GPL.

Fleury's take on this was that OSS strip mining, "is taking open source software built by a community and 'Bluewashing' or 'Blending' within proprietary, closed source offerings; forking/changing the open source code as needed in the process. The community does not benefit from this, but ... shareholders", which he identified with IBM and BEA, JBOSS's main competitors, "absolutely benefit."

In a world where "open source" has become a fashionable way of creating applications and middleware software for "the enterprise", and the Open Source Initiative has been increasingly undiscriminating in its approval of open source licenses, it is important that free and open source developers become increasingly discriminating about the licenses under which they are prepared to release their code.