Redmond giant awakes to launch major offensive in virtual war against VMware with first salvo including its Hyper-V hypervisor made available as a free download. 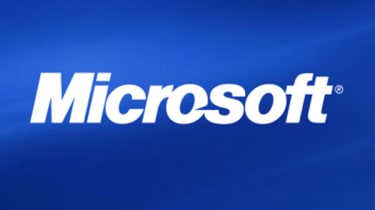 Microsoft has released a flurry of virtualisation products into the market as it launches a campaign to grab market share from market leader VMware.

The announcements were made at an event held at Microsoft's headquarters in Redmond, Washington. Chief of these is the release of a stand-alone version of its Hyper-V hypervisor product, which the company says will be made available as a free web download within 30 days. Previously, Redmond's hypervisor cost $28 (15.89) per seat or was available as part of Microsoft's Windows Server 2008 operating system.

Also announced was the availability of System Center Virtual Machine Manager 2008. This enables customers to manage both physical and virtual hosts from one central interface, even if they are hosted on WMWare ESXi. Microsoft Application Virtualization 4.5 meanwhile, enables customers to stream applications to their desktop. Both of these will be available within 30 days the company said.

The launch today was part of Microsoft's Get Virtual Now' event series, which it says is designed to educate more than 250,000 IT professionals on Microsoft virtualisation products, deployment tools and partner solutions. The series kicked off 3 August in South Africa, and by early 2009, Microsoft said that it will have covered more than 50 other countries.

"Virtualisation is real, it's something that many customers are taking advantages of today", Mike Schutz, director of product management, Windows Server Group, told IT PRO in an interview. In particular, he commented that the familiarity of Microsoft products would help it in the virtualisation market.

"What we've heard is that customers who already run Windows Server find it very easy to take advantage of our virtualisation products. Just a few clicks and they can virtualise their servers. The familiar look and feel is definitely something that customers have asked for; our goal is to make it simple and cost effective as possible. They're already set and ready you just have to turn it on."

However, Schutz admitted that this feature would only appear in Windows Server 2008 R2, which is scheduled to arrive some time in 2010. Responding to this time lag, he said: "We do have quick migration in the current version, which only requires limited downtime and we feel this will address much of the market. However, we were showing the live migration feature off today as we're committed to delivering the best virtualisation solution out there for customers who want hyper availability."

Overall, Schutz said that he saw great potential for Microsoft in the virtualisation market. "If you look at some of analyst estimates, only 12 per cent of servers are virtualised so there's a tremendous opportunity there. The value we bring in total cost of ownership and ease-of-use will be very compelling in both large and smaller organisations."