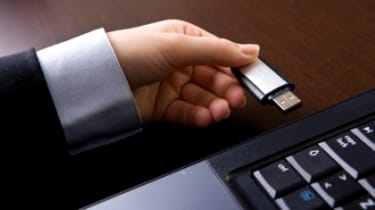 The government has ended its 1.5 million with PA Consulting after the lost USB stick fiasco where the details of all 84,000 prisoners in England and Wales were lost.

Home Secretary Jacqui Smith said in a statement to parliament that there was a clear breach of the terms of the contract covering security and data handling. She also said the government were also reviewing its other contracts with PA.

The initial Home Office report said that data had been emailed via a secure link to PA Consulting and then downloaded onto the stick. Reuters claimed that investigators thought it may have been stolen by an opportunistic thief, due to its value and the fact it could be easily concealed.

In a statement released today, PA Consulting accepted its own responsibilities for the incident. Although it said it had a rigorous system of security procedures, the loss of data was caused by human failure by a single employee. It apologised unreservedly to the Home Office.

The work is now being taken in-house, with the other Home Office contracts with PA Consulting worth 8 million under review.

PA Consulting went on to claim that there was no risk with the other contracts it had with the government: "PA has conducted an examination of every one of our government and private sector projects that handle personal, sensitive or protectively marked material."

"Our review has confirmed that, apart from in this isolated incident, we are fully compliant with robust policies and procedures and are achieving high levels of information assurance across all of our work."