During a recent visit to Santa Clara in California, IT PRO took a look round Intel’s Tera Scale project, where the company researches the hardware and software of the future. 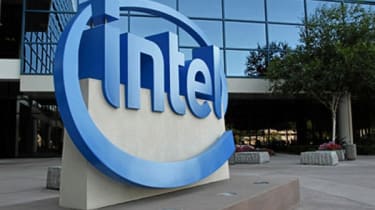 Much has happened since Intel showed off its first experimental many core processor a unit with 80 cores, but with limited programmability. The purpose of this processor was twofold: To show off a low power processor with a teraflop calculating capability and to test router algorithms.

Routing algorithms still is one of the many research areas, says Dr Jerry Bautista, the head of Intel's Tera Scale Lab.

"While a ring algorithm will make sense for a couple of processor cores, it will probably not be very useful with many cores. This is partly why we developed our experimental 80 core processor with a mesh router," Bautista continues.

The experimental processor will never become a product that you can buy in the shops, but has laid the ground work for Intel's latest graphics solution, codenamed Larrabee.

Larrabee is a programmable graphics chip that is based on the micro architecture behind Intel's Atom processor.

The secret sauce in Larrabee is the fact that all the programmable cores are fully compatible with the existing x86-instruction set. This allows many existing programmers to take advantage of the graphics chip, since they already know the programming style.

In addition to testing a mesh router in the experimental processor, Intel is also using emulation to test processors, cache sizes, hierarchies and router configurations. Emulation is a hardware based setup using FPGA's (Field programmable Gate Arrays) to emulate processors. The FPGA's only run at a fraction of the speed of real processors.

Intel's emulation boxes are manufactured in Germany, but located in Santa Clara. Connection to the internet allows the boxes to be used 24 hours a day by scientists in China, Europe and the US.