A major warning about the physics experiment's security, as hackers bring its website down. 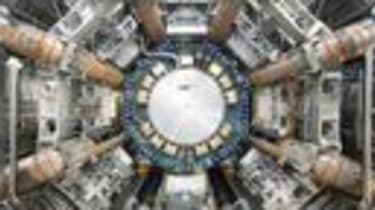 The Large Hadron Collider at Cern has been hit by hackers, raising big concerns about the IT used on the project, according to reports.

The Telegraph has reported that a group called the Greek Security Team' hacked into the facility and posted a warning about weaknesses in the project's massive IT infrastructure.

It said that the hackers left a message on the collider's network which described the technicians working on the project as "schoolkids", giving a warning that they were not to be messed with.

The website www.cmsmon.cern.ch cannot be accessed by the public due to the attack, but the hackers did say they had no intention of disrupting the work of the experiment.

According to the report, Cern scientists were extremely worried about the attack because the hackers were a "step away" from the computer control system of one the machine's magnetic detectors.

It also said that if they hacked into a second part of the network, parts of the machine could have been switched off.

James Gillies, spokesman for Cern, told the Telegraph: "There seems to be no harm done. It was quickly detected.

"We have several levels of network, a general access network and a much tighter network for sensitive things that operate the LHC."

He also said that the LHC website was very visible, with 98 per cent of emails sent being spam.

The experiment has already gone live, with particle collisions expected in October.