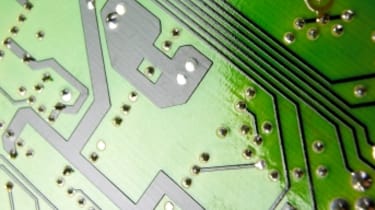 Intel has detailed the virtualisation features of its new Xeon 7400 chips.

Intel announced this week that the new 45nm chips, formally-codenamed Dunnington, were set to start shipping.

Speaking to journalists at virtualisation conference VMworld in Las Vegas today, Doug Fisher, vice president of software solutions at Intel, claimed the new line was the firm's best yet for virtualised environments and had earned a world record VMmark benchmark.

"We had two-socket leadership, now we have four-socket," he claimed.

Previous generations were already optimised for virtualisation, but Intel has continued to work on small-scale "hardware assists" to continue to improve performance, he said. "There's a long, long list of little things we can do," he added.

One of those changes is the inclusion of FlexMigration, which now allows IT departments to move between generations of chips, so servers featuring the Xeon 7400 can easily be dropped into a hardware pool for virtualised environments. "You can migrate your virtual machine from one generation to the next," he said. It's not just between generations, but between classes of chips as well. The next generation, code named Nehalem, will also feature this when it is released next year.

"Three generations provide investment protection for IT departments and flexibility," Fisher said. This will allow for applications to be configured to run on the most appropriate hardware without a lot of extra work reconfiguring systems, he explained.

This capability won't extend between Intel and AMD, however. "It will be difficult in the long-term for that to happen," Fisher said, adding it would require backtracking to the "lowest common denominator", which would mean customers saw less innovation, not more.