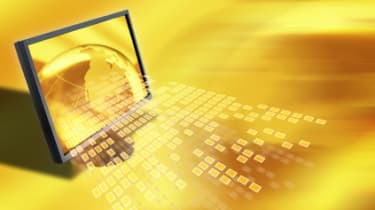 Server virtualisation is so last year now, the focus is turning to desktops.

Despite there being a long way to go before the multi-billion pound server virtualisation market is saturated, the focus at VMware's annual conference is the desktop, with the launch of the virtualisation leader's new vClient Initiative.

The first move in those plans is the release of VMware View, a set of products which will let firms offer desktops linked to the user, not the tops of desks. VMware View will take VMware's existing Virtual Desktop Infrastructure (VDI) a step further, allowing both server-hosted virtual desktops and client virtual desktops which can follow the user and be opened on any computer.

Data, operating system and applications will be held centrally possibly in the cloud and be accessible regardless of location or the type of computer. And as people increasingly work in mobile ways using their own devices, offering such access is becoming important.

He added that creating systems which deliver users' information regardless of the device makes sense because of the pace of technological change. "Infrastructure lasts decades longer than any one device will."

Such a system not only offers potential mobility and cost advantages, but also makes it easier for IT administrators to manage and update systems, he added.

While VMware View is currently just for use with computers, that will eventually change, Maritz added. "Thin clients and notebooks are not the only ones you will see us extend to non-PC form factors like PDAs and phones," he promised.

"We believe the client side of virtualisation technology can give people the best of both worlds," Maritz said. "This is going to define us for the next several years."