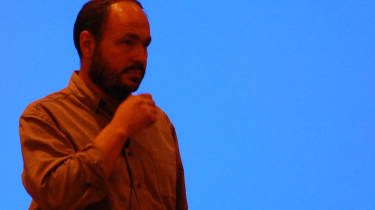 In his first major conference since taking over the reins at VMware, Paul Maritz admitted his staff may have some angst at recent changes, but said he has none over Microsoft's recent entrance to the virtualisation market.

Maritz was handed the chief executive role at the American virtualisation firm after predecessor Diane Green was removed from that role at the company she co-founded. Her husband and VMware's top scientist Mendel Rosenblum last week resigned from the firm.

At the firm's VMworld conference in Las Vegas, Maritz said the type of people who work at VMware are looking for a challenge, and while he admitted there may be some "angst" over the situation, he believes the worst is already over. "What angst people have or may not have will be a passing phenomenon," he said.

"People wanted to know what our strategy and direction was," he said. After laying it out at VMworld, he said: "I believe people will respond positively to that."

Regarding his own former employer Microsoft joining the ranks with its own hypervisor, Maritz said VMware is well-equipped to defend itself against Microsoft, even in the small business space, as new features soon to be released will appeal to that market. "We think we have relevance at that end of the market," he said.

But Microsoft is making a play for all virtualisation customers even the ones attending the VMworld conference. Some attendees have been handed poker chips with slogans suggesting VMware products are too expensive.

In response to such guerrilla marketing by the "great and mighty Microsoft", Maritz said: "It's what the follower does, not what the leader does... you do that when you're a distant second."

"When Microsoft says software costs too much, I don't give a... well, no comment," he said.

Besides, Microsoft isn't his firm's only competition. "Every software vendor has to deal with the reality of competition," he said, noting that the open software movement is increasingly changing the dynamic. "They are the ultimate enforcer of fair pricing," Maritz said, explaining that pressure from open source developers means no firm can afford to stand still.

Martiz added that he was flattered that the feature list for Microsoft's virtualisation system is effectively mirroring VMware's, saying it shows his own firm clearly has it right.

As he explained earlier in the day, the future of VMware is not just in server virtualisation, but in cloud computing and universal desktops.

Of the cloudy skies over IT, he said that such "utility computing" is something customers have been asking for.

And the future for client looks sunny, too. "We believe client side virtualisation technology can give people the best of both worlds," he said, as it allows users to be mobile and pick their device even if it's a Mac. "This is going to define us for the next several years."

Next up, is taking virtualisation to the mobile world. "It's an area we're thinking about," he said. "We think there's a role for virtualisation in non-PC devices."