Staff are looking to ‘up-skill’ and handle more complex customer queries with a variety of platforms, but lack the IT resources to do the job effectively. 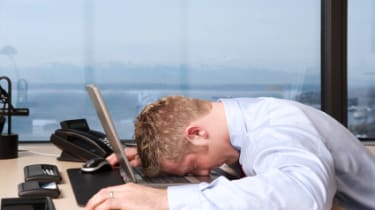 A survey released today on the attitudes of over 500 UK call centre workers has revealed that IT is perceived as the biggest drain on productivity.

Despite this, Siemens Enterprise Communications' "Listeners Report" found their staff enjoying the challenge of handling more complex problems and systems.

Although other recent research found contact centre service and response levels had deteriorated in the last ten years in consumer's eyes, the survey found 45 per cent of calls were resolved in the first instance and that staff were also increasingly handling email, SMS and other customer interactions.

In doing so, only a quarter of call time was found to be spent talking. But the report found a trend towards carrying out complex data entry and administrative tasks over speaking to customers led to IT's non-productive image.

Over two-thirds (68 per cent) of respondents reported a significant IT upgrade in the last year, which rose to 85 per cent in the last two years. And on average, contact centre workers used five separate applications when dealing with a call and only spend 29 per cent of each call actually talking with the customer.

A slowdown in IT resource spending was considered the biggest drain on productivity by 63 per cent of those questioned. And nearly 1 in 4 calls (22 per cent) were affected because of IT issues.

But technology was not seen as all bad, as the survey reported that increased use of complex IT systems had led to a more professional workforce.

Perhaps this is why contact centre staff appeared to be surprisingly loyal at odds with the job's popular image as transient and low skilled.

The survey respondents typically stayed in their jobs for over two years, had over four year' experience, actively sought further training and were keen to progress professionally.

"Contact centre workers are experienced, dedicated and satisfied workers. Unfortunately, whilst the working environment is fulfilling its potential, technology hasn't lived up to its promise," stated the report.