I’m an IT manager, get me out of here!

IT PRO looks at the challenges presented by the modern workplace. 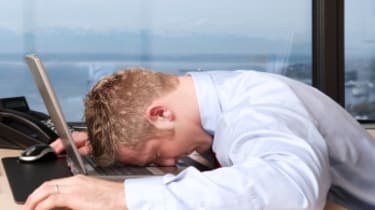 Gone are the days when an IT manager's job was simply to manage technology. Now they're expected to be chief cook and bottle washer and meet the increasing demands of a workforce who inadvertently leave the company back door open on countless occasions.

Those challenges are causing strain to little grey cells across the industry. And the pain stakes are only set to get higher as the issues posed by the modern workplace continue to evolve.

So, what are the big areas that IT managers and business decision makers should have on their radars, both now and in the future. And, more importantly, what's an IT leader to do?

Security is perhaps the biggest and most resource intensive area that IT managers are having to turn their attention to.

"IT managers have to achieve more, much more, with less resources," according to Wieland Alge, chief executive of security specialist Phion. "Naturally, security challenges evolve over time and over the past year or so there has been an increased focus on compliance and regulations."

While security is an obvious essential to most of us, sometimes the people at the top don't see it out way, claims Alge.

"The people responsible for security have a hard enough time justifying their existing budgets without negotiating additional funds. This is due to the fact that security has vanished from the agenda of top-level IT management," he said.

"Security here is not seen as a business enabler but merely a cost centre."

Keeping an eye on costs

So, as with most things, the challenges once again gravitate back to money. Budgets were shrinking and staff being laid off even before the credit crunch appeared on the horizon.

"With the current economic downturn, companies will be looking at cutting costs and maximising profits wherever possible. This means that [software] publishers will be pushing for more audits to recover lost revenue and businesses will be cutting costs to survive the crunch," said David Thompson, licensing consultant at the Federation Against Software Theft (FAST)'s corporate service.

"IT managers should be prepared for financial constraints to their budget and the threat of a software audit. By acting early and implanting an effective software asset management (SAM) programme, they will be in a position to save money and satisfy an audit should one ever arise."

That's not my job!

Even those with enough budget often don't have enough time to do their job, due largely to the ever-increasing number of hats they're expected to wear day in, day out.

One of those hats involves doing things that aren't even necessarily in your job description.