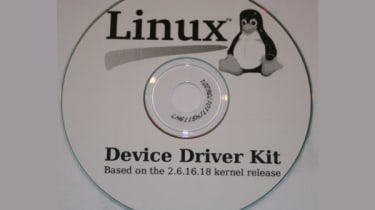 By the time a competitor has reproduced the initial product, other advances will have been made, and the replication will be redundant. The benefit for vendors in such markets accrues from technical excellence and cost/performance advantages, not from the protection of trade secrets which, in any case, have a short life, so it isn't always obvious why the manufacturers are so tenacious in holding onto their perceived advantage.

Further reasons that are given for not releasing open source drivers are the inclusion of third party proprietary software and loss of control and warranty over the finished product. These factors can be offset by far sighted policy decisions, and are far outweighed by the counter arguments for releasing code and/or specifications.

The advantage of releasing the code, whether written in house or with the cooperation of free software developers, is that maintenance and support can be shared with a far greater community of developers. There is an even greater cost incentive for sharing the development effort with the wider developer community, where code and development costs can be distributed.

Nvidia is the vendor most often identified by Linux users for its refusal to provide open source drivers. Competitors such as Via and ATI have made the leap. The irony of the position taken by Nvidia is that Red Hat, HP and Dreamworks have worked in partnership with Nvidia to develop Linux binary drivers for its products. NVidia has gained prestige and market share on Linux in the film special effects industry. Indeed, Nvidia's success in this market illustrates why the provision of high quality device drivers for Linux is as important for the manufacturers as it is for end users.

Linux use is expanding in new and developing markets. "Vendors that provide closed-source kernel modules force their customers to give up key Linux advantages or choose new vendors." The choice is likely to be the latter, and the provision of open source device drivers is fast becoming an imperative, rather than a choice, for device manufacturers who want to break into new markets and extend their user base.