The golden tech firm still has its shine, but competition from Microsoft and a falling share price have begun to tarnish things. Will the situation improve, or is the virtualisation leader in trouble? 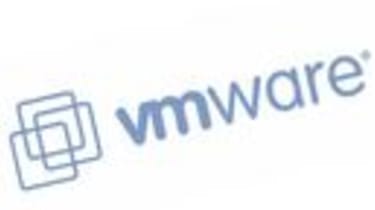 A lot of firms would love to have problems like those facing VMware maintaining a massive market lead, sustaining revenue growth, being the tech leader in a booming area.

However, after an astonishing rise and an amazing year of highs, VMware has had a rocky ride of late, with high-profile staff departures, new competition and security troubles. The turbulence culminated last week, during its very own conference VMworld in Las Vegas where the virtualisation market leader saw its shares fall below its IPO level.

That share dive was sparked by looming competition from Microsoft and continuing staff turnover but the announcements at the conference did little to halt the stock's slide.

So is the firm in a downward spiral that Microsoft will use to take control of the market? Or is this merely a gentle correction in a stratospheric rise?

The rise of VMwareEven with the recent bit of tarnish, VMware is one of the shiniest stories in the tech world. Formed ten years ago by a group of five tech heads including co-founders and married couple Diane Green and Mendel Rosenblum the firm turned EMC's head in 2004, when the storage firm bought it out.

VMware muddled along just fine, until IT departments and the boards holding the purse strings started to fall for the idea of virtualisation. Cost savings, easier management, what's not to love? The concept was hardly new, but it had never been taken to the enterprise with thus much success before.

In 2007, and after years of clearly solid growth, EMC took VMware public but kept a majority chunk of the company. That IPO was one of the biggest of the year. The share price jumped 79 per cent on the day, and continued to climb over the next quarter, when revenue was up 90 per cent.

The IPO wasn't the only attention-getting news from VMware last year, as the firm released to general acclaim its first virtualisation-for-Mac software Fusion as well as an embedded hypervisor.

And, just to make sure VMware had lots of growth opportunity, everyone wanted to virtualise. Analysts kept predicting how the market would grow and grow, and VMware was perfectly poised to grow with it.

It was boom times, baby.

Bumpy rideBut that was last year. This year, the ride got a little bit bumpy.

In December of last year, Microsoft finally entered the virtualisation market with the beta release of its own hypervisor, Hyper-V.

This was no reason to panic. In fact, many said it gave an otherwise immature market a nice mainstream sheen. And, while taking on the Redmond giant is easy for no firm, VMware had a market and technical lead.

But that was only the beginning. The next quarter's results saw the firm miss expectations, sending shares down 26 per cent. While growth was still positive with revenue up 80 per cent on year the results even tugged EMC's price down.