Panasonic to target ToughBooks at the UK consumer market, but will pursue different strategies in Europe and Japan. 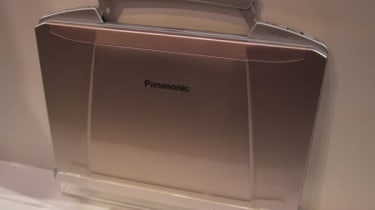 Panasonic has confirmed that its new CF-F8 ToughBook Executive will be available on UK high streets, having struck a deal with the Dixons Store Group.

This was announced at the global launch of its new ToughBooks in Japan.

However, the company insisted that the move was merely a trial to test the retail waters for its ToughBooks and that it would continue to primarily focus on the corporate market rather than the consumer.

"We want to concentrate on vertical markets," said Jan Kaempher, product marketing manger for ToughBooks. "We don't want to go into the mass market and not know what we're doing."

This is in sharp contrast to the Japanese market, where Panasonic's ToughBooks have been the number one in the ultra-portable markets for the last three years. In Europe however, Panasonic will focus on direct sales to enterprise, and through resellers covering small to medium sized businesses.

Kaempher told IT PRO that the newly released CF-T8 was, like its predecessor the T7, approved for use in medical environments with features such as EMI-safe, so it won't interfere with equipment, and a water resistant display and keyboard, so it can be kept clean for hygiene reasons. He also highlighted the strong relationships it has with European customers such as L'Oreal, and UK customers such as BT and the NHS.

Despite the deal with Dixons, Kaempher told IT PRO that Panasonic had no plans to move into wider retail space. "We're not interested in fighting it out in the consumer space with the other laptop manufactures. Most of our competitors use third-party OEM chassis, but this means there's too little product differentiation, and not enough scope for profit margins."

Panasonic takes a different approach to most manufacturers by building almost every component of its notebooks in its own factories. "Our PC strategy is totally different, as we design and produce our technology ourselves," said Toshiyuki Tayaki, director of PC products. "It's very hard to give customers what they need when you use OEMs. We don't want to have to ask third parties when we want to improve our products."

Tayaki added that this was why Panasonic produced far fewer machines than competitors, with only 360,000 units in 2007 compared to Toshiba's ten million. Balancing this, he said that customer satisfaction rates were much higher than other PC companies and that Panasonic planned to increase global sales by 2012 to 1.3 million units.

"I don't want to change our strategy," he stated emphatically.