The device, which boosts speeds by filtering, will be given away free to ISPs by BT Wholesale. 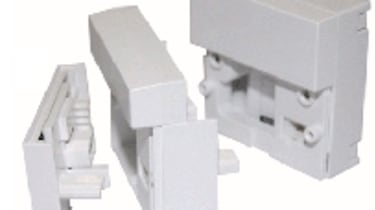 BT is looking to squeeze more out of existing networks by giving away a new device called an I-Plate to its wholesale customers for free.

The I-Plate or interstitial plate is a filter installed into a home's master socket. It cuts down on household interference, such as from televisions and wiring, which hurts speeds and stability of network connections, BT claimed.

"Most consumers are unaware of the impact that faulty TVs, fluorescent lighting and home wiring can have on their broadband performance," said Cameron Rejali, managing director of products and services at BT Wholesale.

"The I-Plate can help solve this, depending on the level of electrical interference within the home, delivering faster speeds, greater stability and bringing high quality IPTV to more consumers," Rejali added.

Customers can easily install the device themselves, without the need for an engineer, BT said. For a picture of the I-Plate, click here.

The telco studied 36,000 lines, and found that filtering typically boosted speeds by about 1.5Mbps. Some jumped by as much as 4Mbps.

And, if you choose not to believe BT on the merits of their own patent-pending system, our sister title PC Pro recently ran a test on the I-Plate, finding it boosted speeds by as much as half. The device will be distributed free from BT Wholesale to internet service providers (ISP) today, but it will take some time before they in turn offer it to their own business and consumer customers. The system only works on a BT NTE 5 master socket, which about seven out of 10 UK homes have, according to BT.