If you want satnav combined with real business features on your mobile should you be heading in the direction of the 6210 Navigator? We find out. 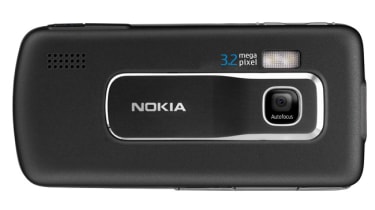 Another innovative feature, particularly handy for pedestrian navigation, is the inclusion of a digital compass. Phones with just GPS can't tell where they're pointing, with the result that you have to be moving to get an accurate idea of your position. With the 6210 you can simply spin the phone on its axis and the map display will update as you do so. It's very useful if you're just standing on a street corner, and the phone's transflective screen comes in handy when the sun's out in full force as well.

None of this would be much use if the GPS was unreliable or there was no software to take advantage of it, but the 6210 has it covered here, too. It has Assisted GPS - so it can use cell location data to help it lock onto satellites more quickly - and it picks up on a satellite signal reliably and quickly as a result. And, where most GPS-enable phones simply make do with Google Maps, the 6210 Navigator throws in a six month subscription to Nokia Maps' turn-by-turn driving navigation facility.

While driving around London we found this worked reasonably well. The speaker is clear and loud, the maps are reasonably easy to readand the voice instructions are delivered in a timely manner. You have to pay up after the first six months (UK coverage is 8.99 (7.06) for a month, 24.99 (19.62) for three months and 69.99 (54.97) for a year, but if this performance is anything to go by, we can see plenty of people taking Nokia up on its offer.

This is all combined with a pretty decent set of features elsewhere. The phone has an accelerometer built in so it knows which way up it is (rather like the iPhone) - turn it on its side and it will flip the screen from portrait into landscape mode. This doesn't work in Nokia Maps, however. There's fast mobile data (up to 3.6Mb/sec), Bluetooth 2.0 for headset connection and an FM radio equipped with Nokia's excellent visual radio feature, which will download the frequencies of local stations over the internet so you can tune in without having to run a scan.