Social networking in business and branding

Savvy brands are beginning to realise that social networks have the potential to support almost every aspect of a business – especially marketing and branding. 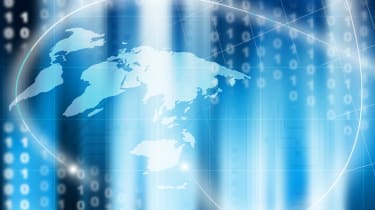 Over the past few years, online social networks such as Facebook, Myspace, Bebo and Twitter have changed our lives. Originally viewed as being little more than a welcome distraction to the mundane office day, they provided an almost voyeuristic insight into what our friends and peers were up to in their everyday lives.

People quickly became addicted to the idea of creating profiles of themselves online and the web opened a whole new world of opportunity which for some proved to be far more socially fulfilling for many than the average evening at your local.

According to comScore, over 35m Europeans used Facebook in June with the average user spending around six hours a month on social networking sites.

However, what was once a merely a consumer phenomenon is now seen as one which can deliver very real benefits to businesses, too.

Many of us already use sites such as LinkedIn to build our own personal brand via association, connections and recommendations, and after years of agency-led advertising, smart companies are beginning to do the same.

Indeed, these consumers are more sceptical about marketing than ever before and are becoming increasingly hard to reach and connect with through the more traditional advertising approach. "Social media instead provides an avenue for peer-to-peer recommendations and word of mouth, something existing mediums find difficult to penetrate," says Seth.

Given that most purchasing decisions are now made online and heavily influenced by friend recommendations, social media and social networking provide a powerful medium for brand building, according to Yann Motte, chief executive of social networking builder Webjam.

"The holy grail for most organisations is to build a character around their brand values that transcends what the product or service itself provides to move from being a simple purchasing choice to a lifestyle statement," he adds.

To get there, companies must refrain from corporate marketing messages and hype, and base their approach on the passion of consumers.

"If you deliver a compelling experience that can turn a customer into fan and advocate, then they are going to turn around and be a promoter of your business," says Brian Mitchinson, vice president of marketing for web development firm Blast Radius.

This means on-going marketing is then taken care of by the community through social channels resulting in a limited need for future consumer acquisition investments.

"From the perspective of both consumer and brand builder, one of the powerful aspects of social networks is that people can easily share their passions and interests with their friends," says James Glicker, chief executive of online music service Passionato.

Facebook and Myspace recommendations, for example, drive people to the Passionato website, where they can listen to the particular pieces of music their friends have picked out. Plus, people who hear a piece of music on Passionato can send links to their friends directly via email via a 'Send to a Friend' function and bookmark favourites using sites such as Del.icio.us.

"With the current state of digital, advertising is not a canned product to be presented to the consumer," says Freddie Laker, director of digital strategy at marketing agency Sapient Interactive. "It is a dialogue with message boards and blogs facilitating near-instant feedback from the client's target market."

Of course, this sounds like an amazing new opportunity for interacting with consumers, but there is a catch.

"With word of mouth advertising, one person will tell a friend whether they like or dislike a product and their discussion is localised," Laker adds. "In today's digital age, this is no longer the case. What a person says about a brand has started to appear in search results, and in many cases, they are getting higher search results than a brand's own micro-sites and primary websites."