A Dutch professor has laid out how to hack the chip used in Oyster cards, following a legal battle to keep the information quiet. 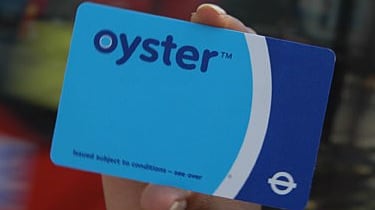 Details on how to hack the RFID chip have finally been fully published, after a legal battle to keep the information from being released into the public domain.

Professor Bart Jacobs at Radboud University in the Netherlands revealed the details of the hack at a security conference yesterday.

The Mifare Classic RFID chip is used by the Oyster travel card, which lets users swipe for access onto London public transport, as well as by many building entry systems. NXP, the maker of the Mifare chip, tried to delay publication of the hack with a court injunction, but it was revealed yesterday at the European Symposium on Research in Computer Security in Spain.

Steve Owen, vice president of identification sales and marketing at NXP Semiconductors, told the BBC that his firm's legal move was designed to give its customers time to protect themselves.

"We sought the injunction to cause a delay, not to completely stop the publication," he said, adding that NXP does not recommend the Mifare Classic for new installations.

The Dutch researchers said the hack allowed cards containing the chip to be cloned, and used the knowledge to travel on London's transport system for free last summer. At the time, Transport for London said it had noticed the cloned cards in its system and fixed the flaw.

NXP spokesman Alexander Tarzi told IT PRO his firm regrets that the researchers released the details, not least because its customers may need years to make the necessary upgrades. "NXP would like to point out that a broad publication of detailed information to carry-out attacks with limited means is, at this moment in time, contradictory to the scientific goal of prevention and the responsible disclosure of sensitive information."