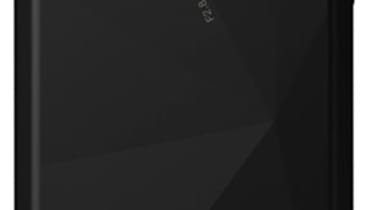 This year has seen quite an explosion in the smartphone space, with very decent handsets appearing on a regular basis. Inevitably, the iPhone 3G has attracted the most attention, but almost everyone has fought back in some form or another.

Nokia brought us the impressive E71, and has finally gone down the touch screen route with the 5800 XpressMusic, while RIM impressed mightily with its Blackberry Bold. Meanwhile HTC has offered up the Touch Diamond, which purported to be the mythical, iPhone killer'.

Naturally it wasn't - it actually turned out to be rush released iPhone spoiler, complete with sluggish interface and bugs. The Touch Pro appeared a good couple of months later, so hopes were high that it had managed to sort out the problems that let the Diamond down.

If you saw my video review of the Touch Pro, you'll know that I certainly thought HTC had managed to do this. However, these initial impressions were formed after a short time with the device, but having used the Touch Pro for a good while, the various foibles of the device have come to the fore.

As I mentioned in my video review though, it's certainly true that HTC has improved the build quality of the Pro over the rather Fisher-Price feel to the Diamond. In addition the edges have been rounded and it has a matt rather than gloss finish and a better feel to it in the hand. Inevitably it's a chunkier monkey than the Diamond, but at 18mm thick it fails the suit jacket pocket test. The 165g weight though is not too though.

Feature wise, HTC has crammed in the same amount of features that it did in the Diamond, and even with the extra girth of the keyboard that's still impressive. Features wise it's all here. The 2.8in display is an impressive 480 x 640 resolution, and looks cracking it makes a big difference when web browsing. There's an accelerometer in it too so it can do the flip to landscape mode when you turn it round. Unfortunately, this isn't as responsive as I would have liked, due to the delay in re-rendering the page. It isn't an issue with the accelerometer being sensitive enough as it works a treat with the bundled Teeter' game, that involves rolling a ball round an obstacle course.

The camera on the rear is a decent 3.2 megapixels, but the LED next to it is just a light, not a flash and results are adequate rather than spectacular. A camera is present on the front too, for those oh-so-popular video calls. Wi-Fi, Bluetooth and present and correct as it assisted GPS, which works nicely with the preloaded Google Maps.