The threat of running out of IP addresses is not motivating businesses to switch to IPv6, but the cost of rushing a late migration may prove a different matter. 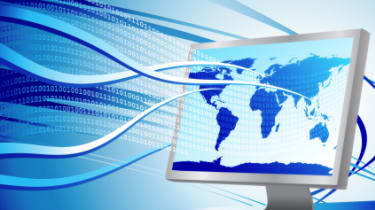 The inevitability of IPv6 means that businesses should switch now and avoid the costs and complexities of a last-minute migration, the EC has said.

Detlef Eckert, director general for information and society at the European Commission, was speaking about the challenges and opportunities that IPv6 held at the ISSE conference in Madrid.

In a call that echoed an EC statement from May, Eckert said that if businesses leave it late to implement IPv6 then they won't have an opportunity to iron out technical issues and security vulnerabilities. It will also cost companies more money if they switch late.

However, he said that in the end IPv6 offered a much better security infrastructure for today's business networks. One of the reasons for this was flexibility IPv6 offers as many addresses as needed for a multitude of network interfaces. He also said it had the potential to offer a much better experience for the user.

Asking for a poll of hands in the conference venue, only one to two per cent indicated that they were currently working on IPv6 deployment right now.

Nonetheless, the spectre of running out of internet addresses is getting closer and closer.

"Despite being available for ten years with a lot of talk and a lot of money spent, nobody is doing anything," he said.

"Because our engineers have done such a good job to bring features designed for IPv6 to IPv4, the incentive to employ IPv6 is not immediately visible."