Parliamentary responses reveal nearly every government department has abandoned planned IT projects, at major cost to the taxpayer. 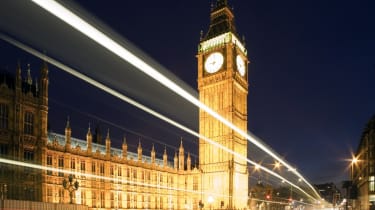 A series of parliamentary responses have revealed the government has shelved almost 274 million worth of IT projects during the last five years.

The wastage emerged as a result of written answers to parliamentary questions about what IT projects were cancelled prior to completion, asked of each government department by Philip Hammond, the shadow chief secretary to the Treasury.

Only last Friday the Department of Work and Pensions (DWP) admitting that it had closed IT projects worth 154.5 million over the last five years. This total was made up of three projects, including .4 million spent on a failed document management implementation, while 11.2 million went on a retirement planner IT project.

The DWP stated that the remainder came from the total investment in the Benefits Processing Replacement Programme (BPRP) that was shelved in 2006. It said: "73 million out of the 143 million [spent] has been of value to the department. Part of the residual investment has been reimbursed to the department, in work and kind, by the project's main provider [EDS]."

Another example was the Department for Transport (DfT), which admitted spending 9.2 million spent on defunct projects, including 7.9 million on the Driver and Vehicle Licensing Agency's (DVLA) Tracking Vehicles Through the Trade system and the nearly 1 million of another documents management system.

Other departments owning up to losses were the Department for Communities and Local Government, which spent just over 1 million on a mobility project, the Cabinet Office (83 million on a hosting project) and the Ministry of Justice (4 million on the National Enforcement Tracker System).

A number of departments dodged responding to Hammond's questions, saying that it would incur "disproportionate cost" to investigate responses. These included the Departments for Families and for Innovation, Universities and Skills.

The total amount spent met with a damning response from the Public Accounts Committee (PAC). One member and Conservative MP for South Norfolk, Richard Bacon, who has taken a particular interest in the nature and causes of overspending, delays and failures with government IT projects said: "This is a shocking reflection of the government's failure to get the basics right."