Gartner has predicted revenue from Software as a Service will double by 2012. 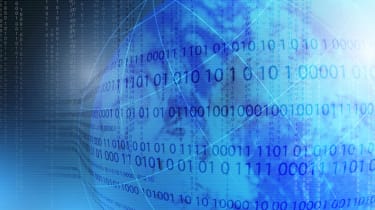 Enterprise adoption of Software as a Service (SaaS) is set to continue to grow, with revenue from such markets doubling by 2012, Gartner has predicted.

Office suites are the fastest growing areas of SaaS, although Gartner stressed they still had small bases of users. The analyst firm said office suites delivered in this way would grow at an annual compound growth rate of 99 per cent through 2012, with revenue hitting $1.9 billion that year.

Gartner said free web-based applications such as Google Apps, Adobe Buzzword and ThinkFree will make up nine per cent total software market share, but used alongside traditional office suites, such as Microsoft's. That firm has suggested it is set to come out with its own web-friendly version soon.

The largest aspect of SaaS in enterprise is still content, communications and collaboration (CCC), with revenue set to more than double to $4.7 billion by 2012. That's followed by customer relationship managers (CRM), which will rise to $3.2 billion by 2012, Gartner said.

"The popularity of the on-demand deployment model has increased significantly within the last four years. Initial concerns over security, response time, and service availability have diminished for many organisations as SaaS business and computing models have matured and adoption has become pervasive," said Sharon Mertz, research director at Gartner.

This popularity is driven by businesses looking to cut their budgets, every-improving broadband services, and the need to quickly roll-out very specific business applications, Gartner said.

"Before IT leaders embark into deploying SaaS, they need to determine where SaaS is most appropriate and advantageous within the organisation's overall sourcing and applications strategy. It is also important that they identify the costs incurred with a SaaS solution to establish whether SaaS is the better choice," added Chris Pang, principal analyst at Gartner.