50 million mobiles waiting to be recycled

New research conducted for the launch of 'National Recycle Your Phone' week has found most mobiles bought in the UK end up just gathering dust. 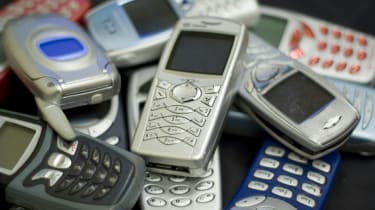 Three quarters of the 75 million or so mobiles sold in the UK, are simply lying around gathering dust rather than being to be recycled, according to research published today.

Two thirds (67 per cent) of people admit to not recycling old handsets. And rather than disposing of them in accordance with hazardous electrical equipment waste guidelines, over 1.5 million are simply sent to landfill each year.

These were the main findings of an online survey of more than 2,000 UK adults carried out last month by Opinium Research that were weighted to nationally representative criteria.

The survey was commissioned by moneysupermarket.com to kick off National Recycle Your Phone Week next Monday, to encourage more people to recycle their mobiles and draw attention to the hazardous components they contain, especially lead, cadmium and mercury present in the batteries.

The comparison website pointed out that these hazardous substances can pose a serious threat to the environment if left to contaminate landfill, but could be put to good use if recycled.

James Parker, manager of mobiles and broadband at moneysupermarket.com, said the accumulation of old handsets was largely due to the fact that people regularly upgrade their phones for the latest model.

"It's this need for the latest gadget which has resulted in people accumulating so many spare phones particularly the younger generation," he said.

The majority (80 per cent) of Brits said they had more than one old phone lying around the house, rising to three for the average teenager. This means, on average, every Briton has an around two old handsets gathering dust.

Nearly a third (32 per cent) said they were planning to just keep hold of these old handsets once they've finished with them. And only a fifth (22 per cent) of those surveyed said they had any plans to recycle them.

Indeed, 15 per cent of people claimed to not know how to recycle old mobile phones or didn't know they could, while one in 10 said they would prefer to sell their old phones, even though the price paid for recycling old handsets can amount to just as much as selling them.

National Recycle Your Phone Week runs from 27 October to 2 November 2008, supported by moneysupermarket.com in partnership with love2recycle.com, which has pledged to pay an average of 25 for each phone and up to 150, depending on the handset.