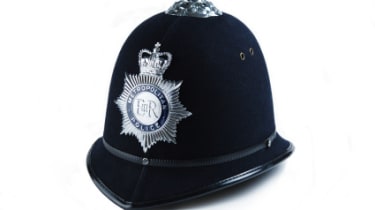 The chief security advisor of Microsoft, Edward Gibson, has declared the creation of the Police Central e-crime unit as a huge step' in the fight against cybercrime.

Gibson, speaking to IT PRO at RSA Europe 2008, said that some of his time since September of last year was spent working with several MP's and Lords who were looking to support the proposed e-crime unit at the time.

Ex-FBI agent Gibson and other members of Microsoft also provided testimony in the House of Lords report, which was critical against the government and led to the unit's creation.

Of criticism that the 7 million funding was not enough, he said: "It's a huge step forward. I don't care whether its 50 or 50 million. It sends a signal to organised crime that this country is no longer going to be a safe haven to their activities."

The advisor said that the perception had been that there was something wrong in police efforts against cybercrime. He said that with SOCA, because it was engaging with sensitive work, there was much that it couldn't talk about.

This meant that there was a perception that the less serious crimes which the new e-crime unit will be focusing on weren't previously being dealt with.

He claimed: "With the new e-crime unit working hand in hand with the new strategic fraud authority, its going to work on a scale that wasn't even there with the old National Hi-Tech Crime Unit (NHTCU). We are going to see a dramatic difference."

He also said that vendor involvement was critical, and that Microsoft was going to be heavily involved in providing technology to the e-crime unit, with Gibson directly involved.

He talked of an idea by Detective Superintendent Charlie McMurdie, who is heavily involved in the creation of the e-crime unit, that it was possible to become a technology equivalent of a police community support officer, in that rather be patrolling the streets you would be working for the Police Central e-crime unit.

He said: "Let's say a Microsoft person was assigned to work for the Police Central e-crime unit for a few hours a day or weekend. They've got that outside expertise if we can bring in them like in other volunteer services."

For more coverage and photos from the RSA show, click here.