Microsoft reveals the timeline and next version of its desktop Windows operating system, effectively marking the beginning of the end for its troubled Vista release. 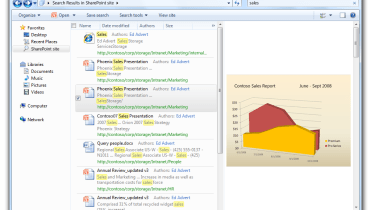 Microsoft has pulled the covers off the next version of Windows in development for the desktop, effectively confirming the end for Windows Vista which has struggled to win over users.

Speaking at the company's Professional Developer Conference (PDC) in Los Angeles, senior executives acknowledged that lessons were learned from both Vista and Windows Server 2008, and that the next release, Windows 7, will not suffer from the same issues of performance and compatibility.

"Windows 7 is at the centre of a connected environment. It will integrate with online services from Windows Live for the best experience," said Steven Sinofsky, senior vice president of Windows engineering at Microsoft.

"It was important to improve performance, reliability and compatibility with legacy applications. We have already started this process with Vista SP1 and we are pleased with the progress we have made there. However, there were some key lessons we learned to improve our readiness for Windows 7," he added.

Windows 7 features a new version of the user interface introduced in Vista, but more streamlined with a number of visual elements stripped down to a more simple form. For example, the task bar now features only the icon of the open application, rather than a big button containing both the name and the icon of the application. Also, the gadget sidebar has also been dropped in favour of letting you free float gadgets wherever you want on the desktop.

"The changes to the sidebar are in recognition of the popularity of laptops. With so many people, consumers and business users, opting for laptops which have limited screen real estate, it made sense not to occupy so much space by default with a sidebar," said Mike Nash, Microsoft's corporate vice president for Windows product management.

Other Windows 7 features revealed during PDC include federated search, allowing for fast content searches within a Windows 7 PC and across multiple PCs sharing files in a network or workgroup.

Windows 7 will also integrate tightly with Microsoft's online services and hosted software products, such as lightweight versions of Office, Hotmail, Messenger and online storage. The aim is to make consumer and end user cloud computing service access seamless between the client and the online version of the product or service.

"Windows 7 is all about choice, and about enabling the user to easily extend and customise their experience, with the internet at the heart of what they do, whether they are working online or offline," said Sinofsky.

There has also been extensive optimisation work under the skin to improve booting times, normal operating speed and performance, disk operation and power consumption for mobile devices.

Remote access has been overhauled. The idea is to make a home network into a transparent workgroup, allowing you to access content between machines far more easily, as well as remotely accessing media content and controlling peripherals connected to one PC (such as speakers or printers) from another.

User interface customisation is going to be a large part of Windows 7, with extensive use of Aero throughout on compatible systems. There will be more on-screen transparency, with the glass effect extended to the taskbar. The interface also supports multi touch from devices with compatible touch screens and track pads. Flick, pinch and rotate gestures are supported as well as the basic single-finger controls.

There will also be new deployment tools for system builders to make the OEM operating system install process easier.

However, analysts are remaining cautious with their optimism for the new platform.

"What is clear is that Microsoft has focused Windows 7 on user experience and more seamless integration with other devices running the OS. This is in order to provide a new level of flexibility and easy access to data, content and applications held in different locations," said said Bola Rotibi, principle analyst at Macehiter Ward-Dutton.

"Many users will undoubtedly be impressed. What will be important is whether Microsoft can really demonstrate that it has learnt from the mistakes it made with Vista."

As for what the announcement means for sales of Vista, Rotibi believes Microsoft will continue to struggle to win over users between now and the launch of Windows 7.

"Getting users to move to Vista in the meantime will however be a challenge from now on," she added.

The pre-beta is currently only available to attendees of PDC and a small controlled group of testers. A public beta will be released early in 2009. Surprisingly, Sinofsky hinted at a quick timetable for the official release of Windows 7, either late in 2009 or early in 2010.

"Three years after the initial availability of Windows Vista would seem to be a good time to release the next Windows version, though we are not confirming any formal launch date or time for Windows 7."