Why is backing up given short shrift?

Data loss can be one of the quickest ways to bring a business to its knees. So why aren’t more people concerned about keeping their files safe and secure? 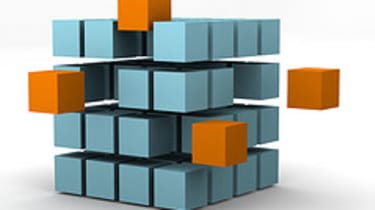 It's no secret that the biggest potential loss where technology is concerned isn't the assorted hardware and software, but the data that's created using them.

Whereas a storage solution or network infrastructure can be costly to replace or repair, it is at least fixable to some degree. Lost data? That's the kind of thing that may never be recovered, and could cause the most long-term damage to an organisation, and those that do business with it.

Yet that's been the case for decades, since the days when USB flash sticks were but a glint in a floppy disk's eye. The need to secure and protect data has, though, rarely been more paramount than it is today and that's why business back up strategies are simply vital.

Given the amount of work that's done on or via computers, it's crucial to have good protection in place. Just watch a work colleague who's just lost their mobile phone without any kind of back up in place for proof of just how stressful one single piece of technology failing can be, and multiply that by the size of an entire organisation. It's a crude measure, granted, but arguably not too far off the mark.

However, even though the vast majority of businesses would concede the need for proper back up strategies and solutions, there are still a sizeable number of firms who simply won't promote it to near the top of their priority list. This is in spite of some quite worrying numbers should data be lost.

Backup Direct estimates that 20MB of lost data can take up to 30 hours to build back up, and when you factor in lost time and opportunity costs, the bill for such a modest loss could run close to 50,000. While the total is likely to be more contained than that for most, there's undoubtedly a financial impact.

Databarracks runs an annual survey on the topics of backing up and recovery, and IT PRO reported on the findings of the most recent, published in August.

In brief, while 91 per cent of respondents felt confident that their back up and security systems were up to the job, when the questions started digging a little deeper, the problems started to mount up.

And at the heart of these issues is a regular complaint among IT support technicians, namely that the job is generally only half done.

Because the amount of data businesses have been creating is soaring, and likewise because the associated storage requirements have exponentially grown, backing up has required a greater degree of financial and human investment than ever before. It's clearly no longer enough to run a back up onto a tape, and lock it in the office drawer.

The modern day business all but demands that logs are checked, recovery discs are tested and back ups are regularly taken off site. This, inevitably, takes time.