Three months after a much-hyped launch, search engine Cuil is still chasing Google as it looks to bring more innovation into online search. 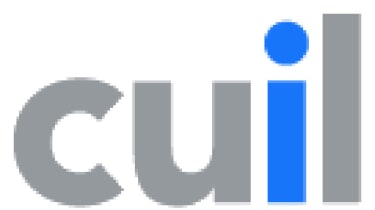 Three months ago, search engine Cuil launched. It hit the headlines claiming to be the biggest search engine, saying it out-indexed and offered better results than Google and it was backed by $33 million in investment and created by former Google staffers.

Millions of people poured onto the site, crashing it. Many of those who did manage to try Cuil out said the results were flawed, while in the weeks that followed webmasters complained the Cuil indexing robot was taking down their sites by hammering them with traffic.

Now, it's all gone rather quiet. Cuil barely manages a percentage point of the market, and hasn't turned out to be the immediate Google killer some seemed to be hoping for.

Despite the criticism and the - so far - inability to make a dent in Google, Cuil is still motoring along, according to co-founder and chief executive Tom Costello, speaking to IT PRO this week.

IT PRO: Cuil's been live for three months, so you're starting to get settled in. What are you working on at the moment?

Costello: What we're working on primarily is improving our coverage and our quality, which is always absolutely vital for any search engine. We are adding some additional features - the kind of things that people expect. We recently added some video search, which we'll be expanding. We're also right now working on some mapping stuff, because a lot of people expect to use maps.

Beyond that we're definitely really excited about trying to use more structured information, trying to understand a little bit more and be able to guide people round the web. One of the things that's really shocking about the web is how little of it you see. It's really an immensely broad spectrum of things that are out there.

And also when you go to it you find out very small number of facts, a very small amount of information, because of the way search engines are currently. They're very limiting and you don't get an sense of the broad expanse of info that's out there.

When Cuil launched, there was this claim that it was indexing a lot more than any one else and when people say anyone else, they mean Google. The idea of a Google killer' drove a lot of people to Cuil but it didn't work.

We were getting an enormous amount of traffic on our first day and of course the one day that things are never quite at their best, you haven't worked out all the kinks, is on day one. When we first launched, like anything starting off, we had some issues.

And since then, we have definitely tried to work on those issues, we've got a lot more reliability in there and the quality of results is something we're working on over time.

The criticisms weren't just centred on the reliability of the site itself, but the results. One criticism was that people were searching for something they knew existed, but couldn't find it. What's your response to that, and what have you improved.

I think that one of the things that does happen is that sometimes people feel they have an inalienable right, if they've ranked number one in Google, that they should rank number one in all search engines.