In the past month Microsoft revealed Windows 7, Apple showed off new MacBooks, Apricot was resurrected, Google got its mobile phone... and the government lost data. 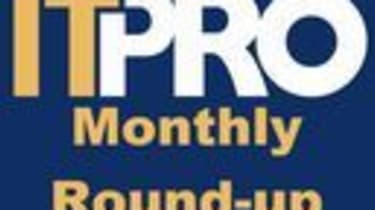 At the beginning of October, Microsoft head honcho Steve Ballmer descended on London to tell the gathered hordes of techies about a new operating system... for cloud computing. But it wasn't long before the Microsoft faithful and the rest of us got to learn more about the Azure OS or, more importantly, about the next Windows OS, cleverly named Windows 7.

At the Professional Developers Conference in LA last week, Ballmer et al showed of an early version of Windows 7 and it looks pretty good.

But Microsoft wasn't the only top tech firm ignoring the economy to launch new products, as Apple revealed its latest MacBook. The new lineup features aluminium casing, a la the Air, and looks exceptionally cool. Apple also cut prices of its cheapest laptops, but didn't launch a much-hoped-for netbook - but let's face it, there are enough on the market as it is.

That didn't stop Apricot from clawing its way out of its 10-year-old-grave to offer its very own netbook, the PicoBook Pro. The Linux version went down so poorly it's now only sold with Windows. Nicely done, Apricot. Read our review of the Pico here.

Laptops weren't the only gadgets stealing headlines last month. The very first phone featuring Google's Android operating system finally hit UK stores, as T-Mobile released its G1 - read our review here. The been-there-done-that HTC handset won't blow the iPhone out of the water, but developers will likely be as excited to create their very own mobile apps as security researchers were to find vulnerabilities.

All these shiny new releases might make it sound like October was a fantastic month for IT, but there were some lows and we're not talking the economy here, either. (We're sick of talking about it already, in fact.)

Of course, if the current rate of data breaches continues, it won't just be the government who knows your communication predilections, but anyone who picks a USB stick up off the pub floor (gross, actually) or buys a stolen laptop off eBay.

Indeed, the government's data watchdog Richard Thomas claimed there's been 277 breaches reported to the Information Commissioner's Office this year, and the majority were from public sector organisations.

He was speaking at this year's RSA Europe, which IT PRO attended; click here for all the coverage. Aside from RSA and PDC, we also took in the Smartphone Show in London, with all the news from the Symbian faithful.