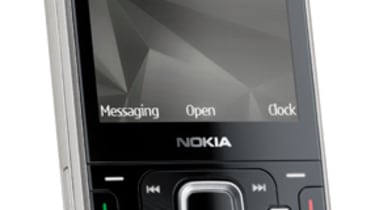 They say that all good things come to those who wait. And, nothing drums up a bit of excitement than the build up that comes with the so-called next big thing.

We've been itching to get our hands on the N96 since its Finnish parent Nokia first uttered its moniker way back in February at Mobile World Congress in Barcelona. We adored the N95 8GB both as a work tool and in our out-of-hours guises as consumers, so the expectations as to what the N96 would behold were incredibly high.

We're pleased to say Nokia hasn't disappointed. Granted, the handset is not perfect; there are a few quirks and gripes we have with it, but in the main, it's a well constructed piece of hardware that has the kind of software and feature set that will keep business people happy and more importantly connected to the office and associated documents and provide that all important entertainment factor at the same time.

Let's take a top level drill down of what there is to like and dislike about the N96 before dissecting the latest N-Series in more detail.

The five megapixel camera, ample storage, BBC iPlayer, a nice to use user interface and other multimedia features all sit firmly on the hit list. The phone's bulk, slightly chunky retro looks, lack of camera lens cover and the current situation with the mobile TV standard DVB-H all get the thumbs down in our opinion.

Since the big but beautiful and wonderful iPhone 3G came along, mobile users have been forgiving when it comes to a bit of excess baggage on devices. In the business space at least, functionality remains king but style is also a deal breaker there's nothing so bad as pulling out a brick-like museum piece in front of business prospects or co-workers when they've got something futuristic.