Airlines pushed to use greener tech

We’re not prepared to fly less frequently but we do want greener planes, according to research. 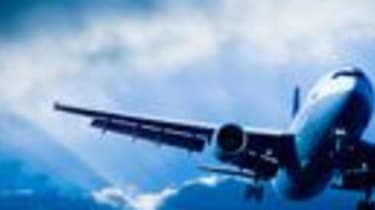 Our collective conscience over the increasing size of our carbon footprints would be eased somewhat if the aviation industry invested more in eco-friendly technology.

So says research published by YouGov that found more than three quarters (77 per cent) of us would feel slightly better about the threat of even greater airport expansion if the airlines and airport operators used more eco-friendly IT and greener planes that burn less fuel and are quieter.

With Heathrow's Terminal 5 now operational and Virgin Atlantic's passenger levels shooting up by 7.6 per cent in the last year, air travel is only set to increase rather than diminish. As such, IT must be put forward as part of the solution towards reducing the impact on planet earth.

"The majority of the UK population is evidently concerned about the environment but, rather than altering their travelling habits, people expect airline operators and aircraft manufacturers to reduce aviation's environmental impact," said Danny Chapchal, chief executive of Camcon Technology who commissioned the research.

"To protect the environment, the aviation industry needs to examine the technologies that are now available to reduce carbon emissions and help decrease the noise from engine jets, fans and landing gear.," he said.

"With European Union regulations placing pressure on airlines to cut emissions by three per cent in 2012 and airport expansions set to be rolled out across the UK, it's time that a new generation of quieter and more environmentally friendly planes was developed."

The study also found that more than half of us aren't actually that bothered by the threat of airport expansion and 41 per cent actually agree it's necessary to help satisfy our increased demand to expand our horizons abroad.

While green issues do worry us 74 per cent to be precise only just over a fifth (22 per cent) actually reflect these concerns in the number of times we hit the skies.

Interestingly there is a battle of the sexes when it comes to the green agenda with 82 per cent of women surveyed more concerned about such issues compared to 64 per cent of men.