The retailer’s fixed-line and broadband provider could be worth as much as £900 million if floated or sold to a private equity buyer. 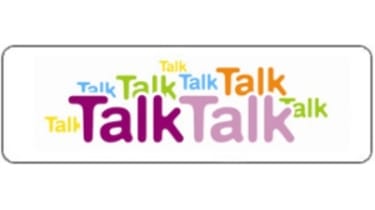 Carphone Warehouse is expected to announce plans this week to sell off all or part of its TalkTalk telephony and broadband business.

TalkTalk, which sells unbundled landline telephone and carrier pre-selection (CPS) calling plans alongside ADSL broadband, came to prominence when it launched the first free' broadband deal in the UK in November 2006.

It used broadband initially as a loss-leader bundled with more lucrative telephone calling plans, before local loop unbundling allowed it to move away from using BT wholesale connections, cutting the cost of operating the discount broadband service.

However, in recent months the number of new customers has begun to slow - a combination of the tough market conditions coupled with saturation in the home broadband market.

TalkTalk has also been linked with the acquisition of rival Tiscali as a means to increase its market share. It is currently the third-largest broadband provider in the UK.

Carphone, which is due to release interim trading figures tomorrow, is expected to look at ways to begin the demerger of TalkTalk in early 2009 so it can cash out and concentrate on core business activities of selling mobile phones, services and accessories. Starting the process this side of Christmas in unlikely due to the economic conditions.

"The current group structure no longer makes sense. We get the impression that a demerger is the most likely route in the short to medium term," said Socit Gnrale analyst Tom Gadsby in a research note.

TalkTalk, which has around 2.8 million customers, is expected to make around 300 million in underlying earnings.

In May, Carphone sold a 50 per cent stake in its retail operation to US electrical chain Best Buy after the two successfully launched Best Buy's Geek Squad home IT help service into the UK market.

The two plan to open around 100 large electronics stores in the UK, a project that will require significant financing, which a partial or full TalkTalk sell-off would easily bankroll.