NEC and nVidia team on supercomputing 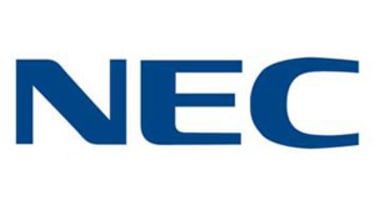 NEC has announced that it will be selling computers aimed at the High Performance Computing market that feature Nvidia's Tesla GPUs.

Nvidia's Tesla GPU's are based on their mainstream GeForce range but use Nvidia's high-level C-based CUDA programming language to harness the GPU's highly parallel processing power. This makes them well suited to specialist high performance computing requirements, such as financial modelling and industrial markets, such as the oil industry.

NEC said that one of the first customers to use its systems will be the Global Scientific Information and Computing Centre (GSIC) at the Tokyo Institute of Technology, which boasts a supercomputer called TSUBAME'. This was upgraded in October 2008 with 170 Nvidia Tesla S1070 GPUs.

The upgraded system recorded 77.48 Teraflops in Linpack, ranking it favourably in the global Top 500 supercomputer listing. The Top 500 Supercomputer list is still hotly contested, with IBM's Roadrunner just fending off competition from Cray's Jaguar to retain its top spot in the list.

"We are delighted to have an organization of NEC's calibre supporting the Tesla business," said Andy Keane, Nvidia's general manager for Tesla. "[Its] industry and segment experience will deliver enormous value to our joint customers and will help to deliver truly transformative results to the work [it's] doing."

IT PRO spoke to Nvidia's Andy Keane in the summer about its Tesla GPU's and how its GPU's can be used for high performance computing.