Is TalkTalk vulnerable to takeover?

The telephony and broadband division of Carphone Warehouse is set to be sold. Why is Carphone selling and who is likely to be interested… 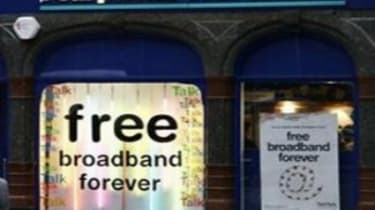 Not only would it solidify the books and give some breathing room during the next year or so, but the communications sector is only becoming more competitive, and the further consolidation between big operators is very likely. As such, the price tag for TalkTalk may never be this good again, and if Carphone Warehouse is to push ahead with a move, it makes sense to do it while there's interest and a willingness to pay.

The problem with putting a business up for sale in the current climate is that it generally tends to be a buyers' market in such depressed times. That said, TalkTalk would be a tastier proposition than the majority of firms linked with mergers and takeovers, and as such, there are some predictable names circling the business.

Inevitably, one of the first names to be mentioned was Vodafone, which already has nearly four million broadband customers on its books around Europe. In any other time, Vodafone would surely be interested too, but right now, it seems reluctant to put its hand in its pocket.

Vittorio Colao, the firm's chief executive, if anything has dampened any suggestion that any broadband deal for Vodafone was imminent, as it too looks to keep itself robust. Assuming his intentions are true, that still leaves several players in the market.

O2 and BSkyB have also been mooted, and the pair of them have the pockets to be able to fund such a deal as well as being aggressive in the UK consumer broadband market. Furthermore, given the absence of high-ranking executive comment off either firm, there's inevitably speculation that one of them may solidify any potential interest. If either did, they would instantly become one of the biggest players in the UK broadband market, if not the biggest.

However, there's a further fly in the ointment, and it's one that Carphone Warehouse itself is only too aware of. Few businesses are keen to spend money when so much uncertainty exists in the market, and the unpredictable economic situation makes such a deal a gamble for both buyer and seller.

It's believed the Carphone Warehouse's Charles Dunstone thus prefers a deal a little further down the line, when the market has settled. It's not the point, right now, to be looking to conclude any kind of major transaction, and thus the following months are likely to see an exploration of who would be interested, and how much they'd pay.

Following a demerger or sell-off, Carphone Warehouse will be left to further strengthen its retail operations, not least thanks to a deal it concluded with US juggernaut Best Buy earlier this year.

That deal, which has seen Best Buy take a 50 per cent stake in Carphone's retail business as well as collaborate on the UK launch of the Geek Squad home IT help service, will see the pair open more out-of-town retail locations to bolster its current high street sites.

Finally, from a cold, hard, commercial standpoint, the belief is that TalkTalk and Carphone Warehouse as separate entities are likely to hold a greater shareholder value than if they remained under the same proverbial roof (not unlike BT and O2 many years ago).

That's, ultimately, set to be the key reason why a demerger of sorts will be announced. And even if it takes at least a year to conclude, the wheels have already, it appears, been set in motion.