IT around the world: China

Just what opportunities lay in China and what areas are seeing the most growth? 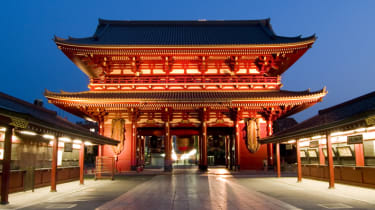 This year, China hit the headlines for a number of reasons. Most notably it was for the Olympics in Beijing, which produced one of the finest sporting spectacles of modern times in terms of sheer drama. However, with China controversy is never far behind and questions of its record on human rights and its censorship of the Internet continue to be raised.

Even so, the fact remains that China represents one of the fastest growing economies in the world. Over the last 30 years, this has been almost miraculous, averaging eight per cent growth in Gross Domestic Product (GDP) per year. During that period its economy grew more than 10 times, with the Chinese GDP reaching $3.42 trillion (2.32 trillion) in 2007.

Right now, it is growing four times faster than here in the UK and at this rate will have doubled in size within six or seven years, if various reports are to be believed. Indeed, with most predicting it to become the largest economy in the world this century, it is a land of business opportunity that cannot be ignored.

As it stands, it is already the world's fourth largest economy and is fast on the heels of Germany, according to the IMF. However, such growth requires solid footings and heavy investment in infrastructure, so the Chinese government has been swift to act here.

Over the next few years more roads will be built than exist in the whole of North America, its railway systems completely redeveloped, and more than 40 airports constructed as China looks to add to investments already made in communications networks and become a world leader.

Indeed, China's telecommunications industry has lavished some RMB1.12 trillion (0.11 trillion) on fixed-line networks, but this has come at a time when everyone else is going mobile. Rather unsurprisingly then, that a report of the National Audit Office recently found two thirds of this investment was non-essential, with only one third actually being used.

But as Clive Longbottom, service director for Business Process Analysis at Quocirca, explained, this is a problem typical of a China where things either move forwards at a dizzying speed with errors being made, or get bogged down in bureaucracy.

"There is a mixture of state control mixed with relatively unbridled capitalism, which can lead to power plays between entrepreneurial spirits and local government stalwarts," he warned.

That said, back in 2006, three of China's six major telecommunications operators were part of an international consortium which signed an agreement with Verizon Business to build the first next-generation fibre-optic submarine cable system directly linking the US mainland and China. With this aggressive build now complete, the 18,000km cable should inspire confidence and provide greater capacity, driving business and development to the region via a six-terabit pipe when fully deployed.

Proof of China's alluring net potential comes via latest government figures which confirm that with a staggering 253 million people, it has now eclipsed the USA's 223 million Internet users, up 91 million on last year. By 2011, research firm IDC suggests this will have reached the 378m mark.