What we traditionally think of as a smartphone is changing, as data is overtaking voice in terms of use. However, netbooks are beginning to become more and more pocketable – but which is better for someone who wants an office on the move? 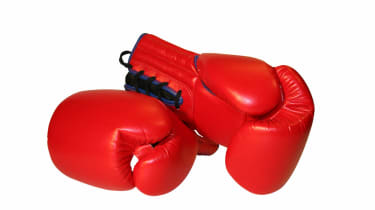 As mobile manufacturers start to develop their products to encapsulate the whole business on the move ideology, it comes as no surprise that both Samsung and LG have jumped onto the netbook bandwagon to keep up with demand for more flexible ways of working.

Netbooks have been around longer than smartphones, but it's smartphones that have accelerated in development.

A decade ago, the suggestion of a mobile phone with the capabilities of a netbook would seem impossible. Mobile phones barely included WAP, let alone had the ability to view full web pages on a 2-inch screen.

The PDA gets a makeover

As PDAs and mobiles phones merged to produce smartphones, demands to keep track of business applications became paramount and the PDA's glory era faded away. Stable platforms such as Symbian, BlackBerry and Palm were developed to capture the working environment on a handheld device.

But PDA functionality was also injected into something a little larger; the netbook.

The first netbook was introduced to the market in 1997. The HP OmniBook 800CT ran on Windows 95 and featured a 1.3GB hard drive. It was a little beefier than the ultra-light netbooks we know of today, but with a 10.5-inch screen (albeit active-matrix rather than the 10-inch led backlight 1024x600 pixel screen of the MSI Wind released earlier this year), the OmniBook could certainly be regarded as a netbook.

New contenders for the PDA throne

But it's the evolution of smartphones and netbooks that have resulted in people scratching their heads about which is the best mobile business device.

"It's really about portability and connectivity," says Bjarte Vosseteig, director of products at Opera Software.

"Netbooks have the obvious advantage of bigger screens, better keyboards and better hardware performance. However, the smartphone has other advantages, such as better portability, a longer battery life and better connectivity."

Smartphones may be a better option if you're hopping on a plane and don't fancy checking in an extra bag, but the size comes with a price. To make something fit in a pocket, the screen size is going to be the biggest hit. Although many handsets come with a large, high-resolution screen, in mobile terms, even a 3.2-inch QVGA display won't do the same job as you'd find on the smallest netbook. Mobile phones - even high-end devices aimed solely at working on the move such as the somewhat old school Nokia E90 with a 800x352 pixel, 4-inch wide screen - won't show a whole web page in its full glory.

"Whether smartphones or netbooks are better for mobile working, it all comes down to use cases,' added Vosseteig.

"We know several companies are using Opera Mobile for their sales force, field employees, in store employees and more. With the power of the full web available today, and with business apps like salesforce and web front-ends for ERP, CRM and other business critical systems, a mobile phone with a full web browser like Opera is very flexible."