Dell's award-winning SMB offers some advice on social networking, and explains why being a digital native is overrated. 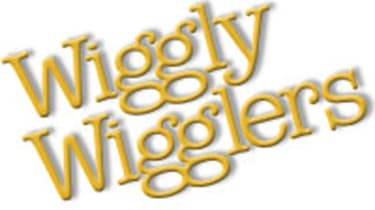 Anyone doubting the value of social networking to small businesses need look no further than Herefordshire. Lower Blakemere Farm, to be specific.

While such a rural address might not sound like the home of cutting edge Web 2.0 use, Dell would disagree. That's the address of organic farming and gardening business Wiggly Wigglers which last month picked up a 25,000 prize from the tech firm for its innovative use of web applications including Facebook, podcasts, wikis and more.

The inaugural Global Small Business Award was announced in New York last month, giving Wiggly Wigglers founder and owner Heather Gorringe the opportunity to reveal how her firm has been so successful using tech despite the fact she's a farmer, not an IT specialist or a so-called "digital native".

Why social networking is important

While a farming firm might not sound like it has much in common with your company, the ever-worsening economic situation is strengthening the argument for finding innovative ways to boost your business.

"In today's economic climate, it's really tough out there," said Erik Dithmer, Dell's vice president for SMB in North America. "In the SMB space, there are huge opportunities for those companies who understand how to leverage IT." Indeed, he added that Dell's own SMB arm has saved $9 million over the past few years by using social networking instead of traditional advertising and marketing.

"Wiggly Wigglers' use of social media at a low cost set them apart," said Dithmer.

To make money in a mail order business usually requires buying lists of potential customers and a lot of advertising both of which are expensive. "We couldn't really afford to do that," said Gorringe. "Desperation is a pretty good incentive to [use] social media."

She added Wiggly Wigglers' products need more explanation than most in order to create a sale. Flowers can be purchased easily online, so Wiggly Wigglers needs more time to convince potential customers that it's worth buying its English origin bouquets. And who goes online to buy a can of worms? As Gorringe put it: "No one is going to wake up in the morning and thing Aha, I need to composte."

"If you're just selling a hoover, I'm not sure social media is the best, but most SMBs could benefit," she said.

"Email newsletters are still key to our strategy but a lot of small businesses don't need 100,000 customers, just a few dedicated ones," Gorringe said.

The whole thing started with podcasting. While Wiggly Wigglers has had a website since the mid nineties, the firm didn't jump on the Web 2.0 bandwagon until 2005.