Has HTC finally created a viable competitor to the iPhone, or is the Touch HD just another good-looking phone that struggles to cope with Windows Mobile? 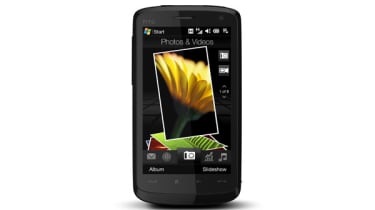 HTC was the first company to bring to bring a Windows-based mobile phone to market in 2002, known in the UK as the Orange SVP, and has stuck loyally with the platform for its smartphones ever since.

In that time Windows Mobile (as it is now known) has become more refined and user-friendly. It has also become a far more demanding operating system, requiring ever more powerful devices to run it, which in turn has created problems for device makers trying to balance performance with battery life.

Nonetheless, HTC has succeeded in producing several exceptional devices that have been rich in features but have struggled to compete against smartphones from RIM, Apple, Nokia and others.

This time round, HTC thinks it is on to a winner in the form of the Touch HD. It's available in the UK on a contract exclusively from Orange, but you can buy also buy it SIM free for use with other networks.

Opening the box, you soon realise this is not a cheep and cheerful smartphone. The Touch HD is solid, well, built and very tactile, despite having the most minimalist interface of any smartphone on the market. It's like a large, sleek pebble, and far removed from the business-like industrial designs of previous HTC devices like the TyTN 2 and the Touch Pro. The HD fits nicely in your hand and is on a par with RIM's BlackBerry Bold for size and weight.

The HD is very clean, with four touch-sensitive surface buttons for answering and ending calls, accessing the home screen and exiting applications and these have haptic feedback, which literally gives you a buzz when you press them.

An On/Off button on the top handles device power and turns the display on and off, with a volume control on the left side for earpiece and ringer volume. Other than that, all functions are controlled via the touch screen.

At 3.8in, it's the largest TFT-LCD touch screen display HTC has produced and the 480 x 800 makes good use of it. The benefits of this are that for the first time, you can realistically use 90 per cent of the phone's features with just your fingers.

However, despite HTC's customisation of the user interface, some parts of Windows Mobile 6.1 are still not finger-friendly. For this reason, the Touch HD still has a stylus, accessed from the base of the phone and held in its slot with a magnet.

For the most part, you'll use the Touch HD via the TouchFLO user interface HTC has grafted over the top of Windows Mobile. Key applications and services are accessed by a scrolling ribbon along the base of the display. This gives you access to contacts, text messages, email, a web browser, share prices, the camera, music, weather reports, the main settings menu and a quick launch screen for your favourite third party applications and web links.